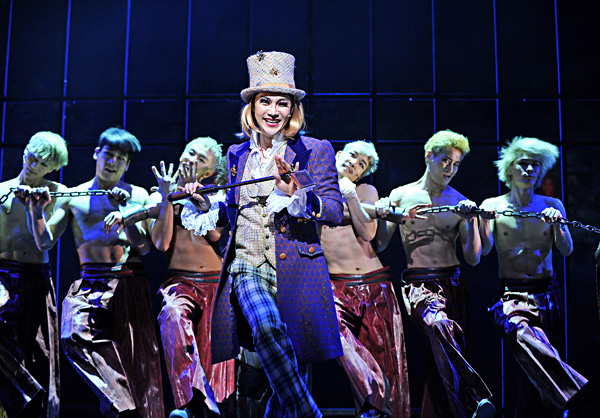 Korean-made musical “Frankenstein,” which was created by Chungmu Art Hall, received praise for being high in quality and having international appeal. It is one step away from officially signing a licensing contract with Japan, according to the arts center. Provided by Chungmu Art Hall

Chungmu Art Hall, a public center, has been focusing on producing so-called creative musicals, or musicals created in Korea by domestic groups.

In celebration of its 10th anniversary, the art hall in Hongin-dong, central Seoul, announced on Tuesday that presenting a “milestone for the country’s creative musicals” will be its goal for the year ahead.

“This year, we are planning to solidify our position as a theater that focuses on producing high-quality Korean-made shows that not only amuse local audiences but have international appeal.” 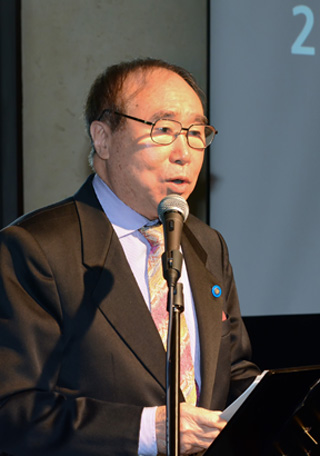 The director added that “Frankenstein” was a particular example of the art hall’s efforts to produce a well-made musical that could go global.

“We are about to sign a licensing contract with Japan,” said Kim. “All the procedures are completed and just the signing has to be done to make it official.”

Following last year’s success with “Frankenstein,” which Chungmu produced, the art hall is in the middle of creating another production, “Ben Hur,” which is scheduled to be staged next year, according to Kim.

“We’ve been working on adapting the great masterpiece ‘Ben Hur’ into a musical for the past five years,” Kim explained. “It has never been made into a musical before anywhere in the world and since the copyright is in the public domain, we are able to make a derivative work.”

According to Kim, the art hall has been consistently pondering over ways to stimulate the country’s creative musical market.

About five years ago, Kim said he decided to make full use of the great content that already exists, which has already attracted millions of people from around the globe in its original format.

“I wanted to turn great masterpieces like ‘Ben Hur’ [into musicals]. The story has been written in a book and has been turned into a film. It already has global appeal while its copyright is in the public domain,” said Kim.

The director also hinted that the center has another ambitious project in the works.

The only work left for the art hall, says Kim, is how to adapt some of the spectacular scenes from the film to the stage.

Lee has been serving as the CEO of the art hall since 2011. His term, which was to expire next week, has been extended for another year.

“When I was planning various things for the art hall early last year, I thought I would only have a year left as my contract had already been extended, so I was quite worried that I may have to leave in the middle of my pledges,” said Lee.

“But now I feel more confident that I have one more year and feel as if I can finally put my foot on the gas to speed up the globalization of creative musicals of Korea.”

Chungmu Art Hall also announced its lineup for 2015, which includes bringing in ambitious licensed musicals such as the new version of “Phantom of the Opera” and “Cinderella.”