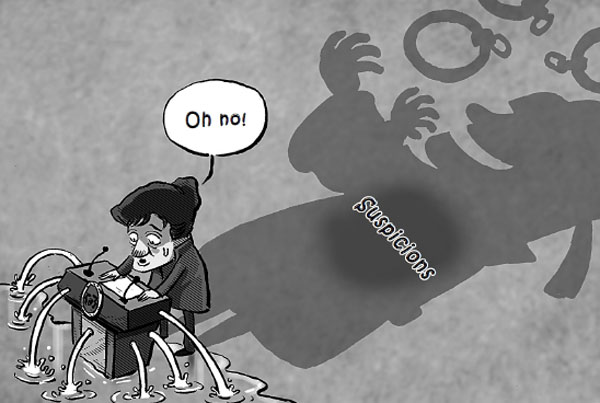 In the most recent poll, President Park Geun-hye’s approval rating fell to 35 percent, mostly due to lingering public doubts surrounding allegations that her former aide was regularly meeting with her three key secretaries to influence state affairs. The figure is the lowest since Park took office in 2013.