Lee Min-jeong reveals she is pregnant

Lee Min-jeong reveals she is pregnant 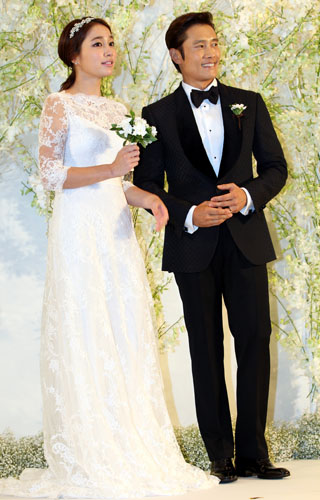 Actor Lee Byung-hun and his actress wife Lee Min-jeong will become parents in April, according to the actress’s agency, MSteam Entertainment.

“She is currently 27 weeks pregnant,” her agency said in a press release on Monday.

“As a wife, it is a blessing to have a baby as part of the family. But we were cautious about sending out a notice about her pregnancy due to a recent scandal because the stability of a pregnant mother comes first.”

The scandal refers to Lee Byung-hun’s legal battle with two women in their 20s. The two women, one a model and the other a girl group member, were charged with blackmail after threatening to release a video clip of the actor in August in which he is allegedly drinking alcohol and using lewd language.

“Thank you to the people who care about me,” said the actress in the press release. “I had a lot of worries, but I will do my best to keep my family together.”

The couple married in August 2013.