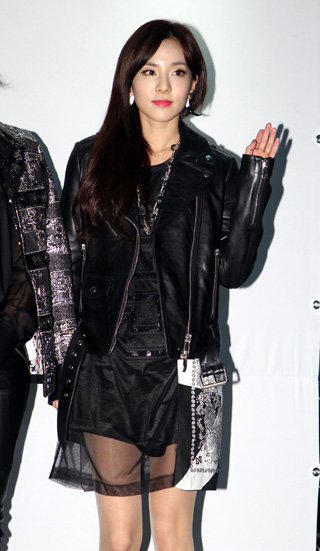 Actor Kim Young-kwang of the drama series “Pinocchio” and Sandara Park, a member of girl group 2NE1, will pair up for a new online drama series, according to Kim’s agency.

Web drama “Dr. Mo’s Clinic” is a joint project by Korean and Chinese production companies. It is slated to be unveiled in March.

The show will be televised through Naver TV Cast in Korea and will air on Youku in China, the nation’s largest video-streaming website.

Each episode will be between five and 20 minutes long.

Since online dramas are usually seen on smartphones, they are often called mobile or web dramas.

In the joint venture, Kim will play the role of Mo Yi-an, a psychiatrist who runs his own clinic. A romantic comedy unfolds when he begins to counsel a lovelorn woman named So Dam, played by Park.

Park has played supporting roles in a few films in the past, but this is the first time she has acted in a lead role.

The mobile series will be directed by Kwon Hyuk-chan, who has produced hit dramas including “A Gentleman’s Dignity” (2012) and “Secret Garden” (2010).