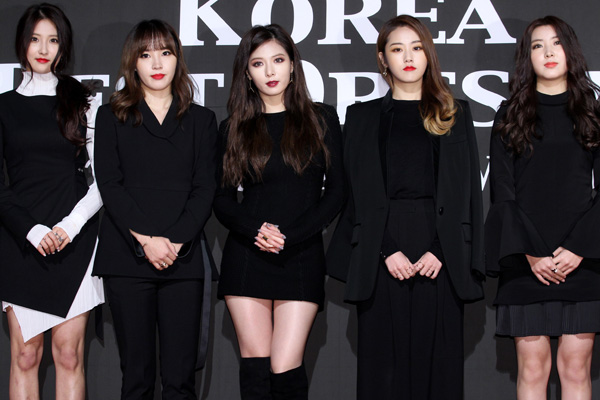 K-pop girl group 4Minute will pre-release one track called “Cold Rain” on Monday prior to the release of its new studio album, which is slated to be released next month.

Cube Entertainment, the five-member girl group’s agency, said in a press release on Friday, “The girl group tries its hand at a ballad for the first time since its debut and all the members want to broaden the scope of their music with this new challenge.

“They are adding the final touches to the upcoming album for now.”

Having started out in 2009, 4Minute rose to stardom with hits like “What’s Your Name?” that was released in 2013. The girl group is also well known for its provocative dance moves.

Hyuna, a member of the girl group, also had a successful last year with “Red,” the title track from her third solo album.