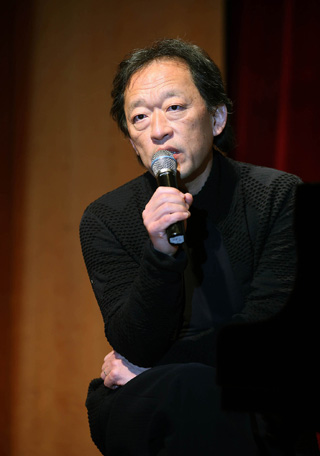 The Audit and Inspection Bureau in the Seoul Metropolitan Government said on Friday that though some of the allegations against the city-run orchestra’s maestro have been confirmed to be true, but it will still go ahead with renewing his contract.

Despite confirming that inappropriate behavior by Chung Myung-whun, the Seoul Philharmonic Orchestra’s artistic director, had negatively impacted the organization, the city government has decided to allow him to stay on, insisting that his actions were not critical enough to warrant a dismissal.

The city government plans to modify several clauses in his contract. It will make the renewal official next year.

Chung’s contract expired late last year and he is currently working for the orchestra under a tentative contract that has been extended until the end of 2015. After being appointed as the artistic director of the Seoul Philharmonic Orchestra in 2005, Chung’s contract has been renewed every three years, with the exception of this year, pending investigation.

The Audit and Inspection Bureau looked into eight accusations against Chung, including whether his overseas trips disrupted the orchestra’s schedule.

He also stands accused of raising donations for his own nonprofit organization, the Miracle of Music, rather than the orchestra; and is believed to have used the organization’s budget to pay for his family’s airfare.

Others have claimed that Chung provided a job to his son’s former piano teacher at the Seoul Philharmonic and gave favors to specific members of the ensemble. Among the allegations, the audit office confirmed that Chung had used the airfare budget allotted to his road manager for his family members - expenses that amounted to about 13.2 million won ($12,000).

It also confirmed that Chung renewed contracts for some orchestra members who failed to pass their evaluations and did provide a job to his son’s former piano teacher, who worked for the Seoul Philharmonic Orchestra from December 2005 to 2012.

The city government’s decision to renew Chung’s contract despite the results of its investigation has raised questions over why it would allow him to continue in the position.

The city government explained that it has ordered Chung to reimburse the airfare expenses, and pointed to the orchestra’s administrative department in being negligent in its administrative affairs. Concerning Chung’s overseas concert schedules interfering with the orchestra’s itinerary, the city government argued that he had only changed the ensemble’s schedule once, in 2013, over the past nine years. That case was due to illness, it added.

On Chung’s involvement with Miracle of Music, the Seoul government explained although he was allowed to serve in an additional post for the nonprofit organization, it was a violation of his contract to participate in any profit-making activities.

The city government said it will modify any contract clauses that are vague or problematic and renew Chung’s contract, though it remains to be seen whether he will accept.

Chung acknowledged in a recent press conference that he will not renew his contract with the Seoul Philharmonic Orchestra unless certain requirements, such as an increase in the budget and the establishment of an orchestral concert hall, are guaranteed.

Meanwhile, Chung’s close aide, Baek Su-hyeon, an official on the orchestra’s concert planning team, refuted the results of the probe on his Facebook page. He listed the results one by one and insisted that although some were true, the context was missing. For example, Baek said that while Chung did hire his son’s former piano teacher, the man is a cultural expert and had contributed to raising most of the donations for the orchestra over his seven-year term.