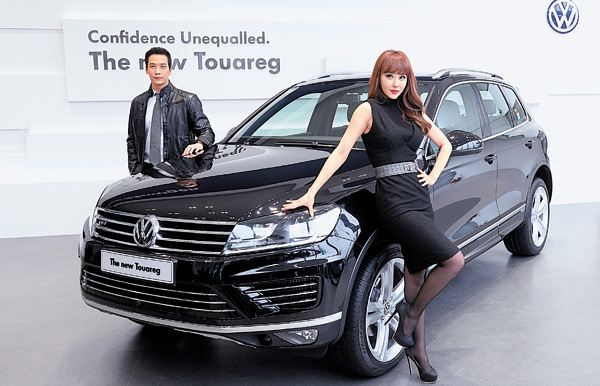 Volkswagen’s new Touareg is introduced at a dealership in Bangabedong, southern Seoul, on Monday.

Volkswagen Korea said that the fourwheel- drive sport utility vehicle equipped with a V6 3.0 TDI engine can produce 245 horsepower and has torque of 56.1 kilogram-meters. It has a maximum speed of 220 kilometers per hour (136 miles per hour) and its fuel efficiency is 10.9 kilometers per liter (25 miles per gallon). Volkswagen Korea said that the new Touareg will cost between 77.2 million won ($71,300) and 90.7 million won. [NEWSIS