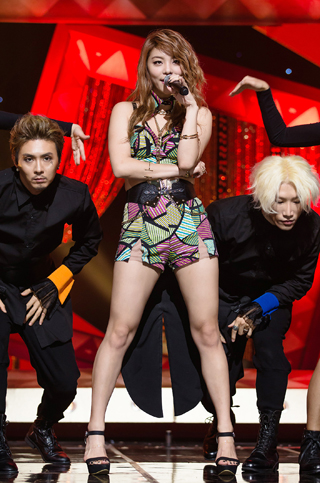 The official added that the three will stage their first concert on March 17 in Istanbul, Turkey, before flying to Toronto, Canada, on March 20.

After the two concerts, four more are scheduled in the United States later that month.

Although the singers all belong to different agencies, the joint concert was possible because all three have their own fan bases overseas, the official said.

Ailee is well known for her powerful vocals with a diverse range of notes. Her stage presence often earns her a comparison with U.S. pop star Beyonce.

Ailee has been much loved by Korean and non-Korean fans since her debut in 2012.

Rapper San-E, on the other hand, had a busy year in 2014. He collaborated on the song “A Midsummer Night’s Sweetness” with Raina, a member of girl group After School, making a name for himself with that song.