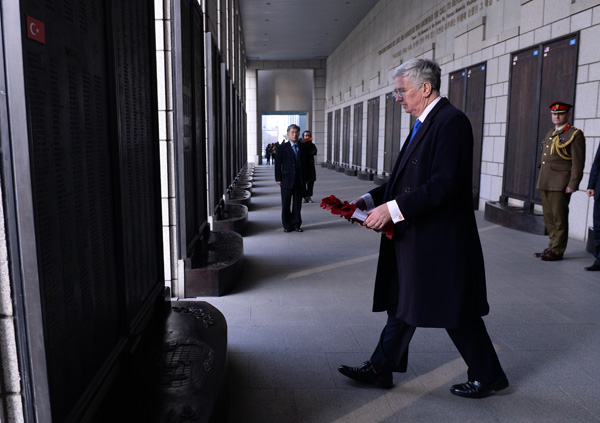 Michael Fallon, the British Secretary of State for Defense, lays a wreath at the War Memorial of Korea on Friday in Yongsan District, central Seoul, to honor the memory of British servicemen who fought in the 1950-53 Korean War. During his two-day visit, Fallon met with Minister of National Defense Han Min-koo on Thursday to discuss international security and the fight against Ebola in Sierra Leone, where the two countries work together. [NEWSIS]