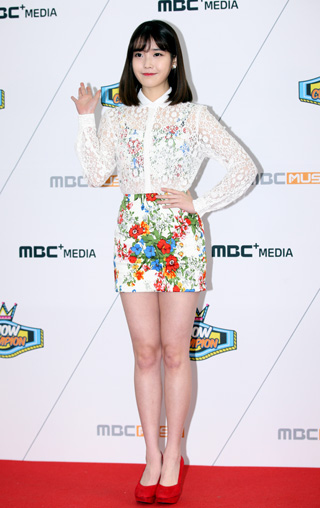 Soloist IU is likely to release another album in April, according to Joy News 24, a local online news agency.

The new record will be the singer’s first original work in 18 months since she released “Modern Times” in 2013.

IU released a covers album titled “A Flower Bookmark” in May in which she sings hits from the 1970s and 1980s in her own style.

Although IU did not promote her covers album, most of the songs ranked high on major music portals.

Despite not releasing any new material, IU frequently collaborated with other singers last year.

She was featured on Seo Tai-ji’s comeback song “Sogyeokdong” prior to the release of his original version.

The 22-year-old singer also worked with K-pop rookie boy group High 4 on the track “Not Spring, Love, or Cherry Blossom,” and she was also featured in the band’s music video.

All of her collaboration songs topped major music charts.

Koreans also chose IU as their favorite singer last year in a Gallup Korea poll of about 3,000 people across the nation. The poll excluded Jeju Island.