Foreign brands get off to a fast start in 2015

Foreign brands get off to a fast start in 2015


Foreign brands chipped away at the market share of domestic automakers last year, and it looks like their gains are accelerating in 2015, led by the Japanese.

According to data released by the Korea Automobile Importers and Distributors Association (Kaida) on Thursday, 19,930 imported cars were newly registered last month. That’s a 34.2 percent increase from a year ago and 16.4 percent from December.

The January figure broke the monthly record of 18,112 foreign vehicles sold last July. As a result, imported cars’ market share was above 15 percent for the first time since June.

“Foreign brands were able to secure a sufficient inventory last month and many new models were introduced in the Korean market,” said Yoon Dae-sung, executive manager of Kaida.

The top four German automakers - Mercedes-Benz, Audi, BMW and Volkswagen - continued their dominance, combining for a 70 percent share of the import market. But the most significant development was the rapid growth of Japanese brands.

Toyota Korea sold 647 cars in January, a year-on-year increase of 64.6 percent, while its premium Lexus brand sold 520 cars, a 46.1 percent jump. Honda Korea nearly doubled its year-on-year sales in January from 232 to 457.

Hyundai Motor and Kia Motors watched as foreigners took their customers. According to the Korea Automobile Manufacturers Association (KAMA), the combined market share for the country’s two largest automakers in January was 66.3 percent. Last year, the combined market share of Hyundai and Kia was 69.3 percent, falling below 70 percent for the first time since December 1998. 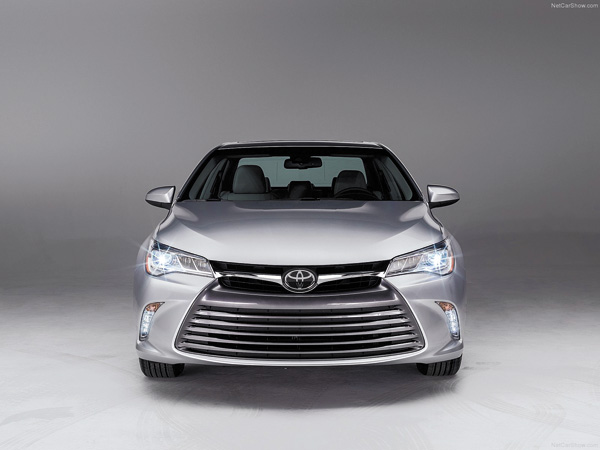 “The weak yen obviously had a positive impact on sales by Japanese brands,” said Hwang Kwan-sik, a spokesman for Hyundai Motor. “They have been introducing many new models at reasonable prices.”

Popular German brands also signaled they will aggressively try to expand their market share in Korea. “The imported car market has grown by 30 times in the past 20 years,” said Kim Hyo-jun, CEO of BMW Korea, at a Thursday press conference at the BMW Driving Center in Incheon to commemorate the company’s 20th anniversary in Korea. “BMW sold only 700 units in 1995, but more than 40,000 cars last year. That was only about 10,000 short of what BMW sold in France, which is the company’s fifth-largest market. We will try to attract more customers with more innovative products this year.”

BMW will introduce 12 new models in 2015, including the company’s first plug-in hybrid sports car, the i8, and the X5 eDrive SUV.

Toyota also is riding high globally. The company said Thursday it expects to post an operating profit of 2.7 trillion yen ($2.3 billion) in the fiscal year ending March 31, up 17.8 percent from a year ago. That would be good enough to pass Volkswagen, the world’s second-largest automaker in terms of sales, according to industry sources.

In the United States, Toyota sold 169,194 vehicles in January, a 15.6 percent increase the previous year, thanks to brisk sales of SUVs and trucks. Its 14.7 percent market share was third after General Motors and Ford. Hyundai Motor and Kia Motors sold 82,804 units combined last month, a 2.2 percent increase, but their share of the U.S. market slipped by 0.7 percent to 7.2 percent.