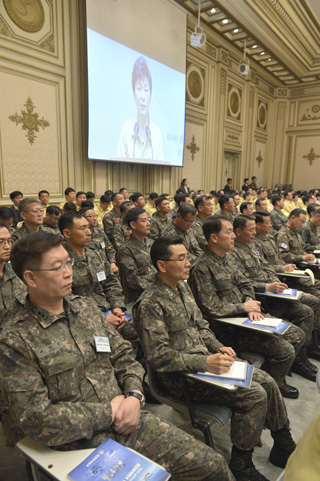 Participants in a central conference for integrated defense listen to President Park Geun-hye on Thursday. During the meeting held at the Blue House, Park said North Korea is causing conflict in South Korean society with new threats in addition to its traditional military provocations. “They don’t have to come to the South, but they can always create social confusion and manipulate public opinion using cyberspace,” she said. [NEWSIS]