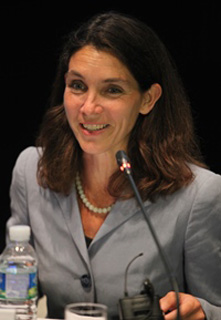 U.S. scholars are prepared to issue a statement protesting attempts by Japan’s prime minister to omit descriptions in American history textbooks detailing how thousands of mostly Asian women were forced into sexual slavery by the Japanese military during World War II.

Nineteen American history professors affiliated with the American Historical Association are set to issue their statement, entitled “Standing with Historians of Japan,” next month in the journal “Perspectives of History.”

In their single-page declaration, the group expresses “dismay” toward Prime Minister Shinzo Abe, and argues that he is “vocally questioning the established history of the ‘comfort women’ and seeking to eliminate references to them in textbooks.”

The issue of sexual slavery is a thorny historical issue between Korea and Japan. Abe has denied state responsibility and in the process also doubted that the women - who numbered in the hundreds of thousands - were coerced into Japanese military brothels during the war.

The following is an edited excerpt of an email interview with Alexis Dudden, a professor from the University of Connecticut who leads the group.

Q. What was the motivation for writing the statement?

A. A group of my colleagues and I learned the news last November that the government of Japan has been trying to interfere with McGraw-Hill Education’s respected textbook, written by our colleague Herbert Ziegler, so we decided to gather in an informal manner at the annual meeting of the American Historical Association in New York. We [met] on Jan. 2 and decided to write a letter that expressed our concern about this interference as a threat to academic freedom.

How do Japanese scholars and the Abe administration infringe upon academic freedom when they disregard the wartime recruitment of Korean women and attempt to delete textbook accounts?

Indeed, the attempt to discredit already proven and widely accepted history is a threat to academic freedom. We recognize that governments everywhere try to make history to present their nation in the best light. To try to erase already proven histories - and especially to directly target historians for their published work - is a threat to academic freedom.

What do you have to say to those who refuse to acknowledge this?

It is impossible to deny the truth. It will always be revealed and it is a far stronger position for any government anywhere to acknowledge the truth in order to learn from it. The history that the comfort women survivors themselves have made clear about their lives will endure, regardless of anyone who tries to deny it.