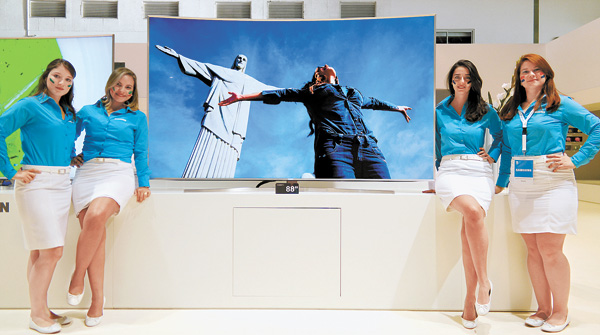 Samsung’s premium Super Ultra High Definition TV (SUHD TV) was on display Tuesday, local time, during Latin America Day at the Samsung Forum 2015 in Monaco. The forum brought together business partners and market analysts who are interested in the Korean tech company’s strategy in Latin America. Samsung reportedly expressed concerns over the prolonged economic deceleration particularly in Brazil and its growing competition with other vendors. Samsung is estimated to hold a market share of slightly less than 25 percent in Latin America. At the forum, it introduced three Galaxy models, the J1, E1 and E7, exclusively for Latin American consumers. Provided by the company