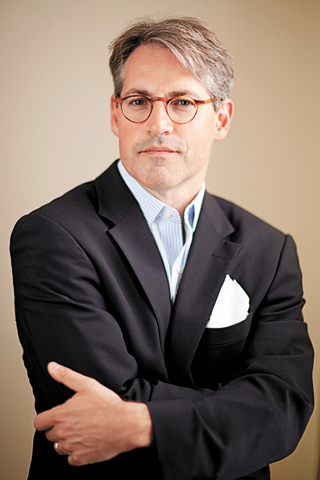 Religions are meant to bring harmony to the world. But despite the efforts of faithful peace-makers, they continue to cause war and discord in many regions.

Occasionally however, there are those who think non-believers, or believers of other religions, are doomed. And believers tend to feel threatened or challenged by science, leading experts to suggest there should be more collaboration between the two groups.

This is where authors such as Eric Metaxas, who has sold millions of books, come in. 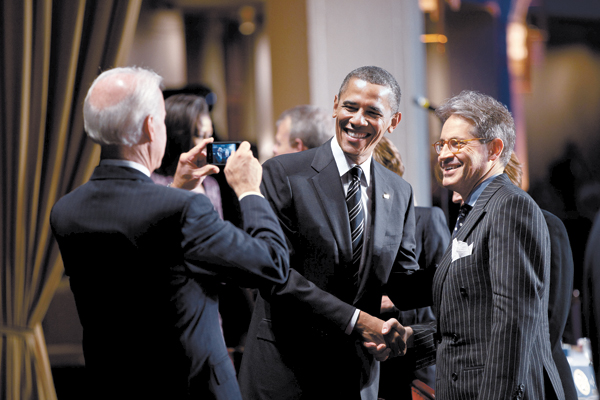 Last December, Metaxas published an interesting article in the Wall Street Journal titled “Science Increasingly Makes the Case for God,” which explores the relationship between religion and science in today’s world.

The JoongAng Ilbo spoke to Metaxas through e-mail regarding his insights.

Q. I’m sure you were flooded with various opinions after the publication of your Wall Street Journal article. Can you share with us some of the reactions and how you responded to them?

A. I’m very happy to say that most of the reactions have been overwhelmingly positive. The essay is the most popular and most shared piece in the history of the Wall Street Journal, since they’ve kept such records. And that is because this sort of good news about faith very rarely sneaks into the mainstream media in the U.S. Most people are so hungry for it that when they do see it they are eager to share it.

The negative reactions have been a mixed bag. A number of the writers seem to be angry that I would dare say what I’m saying and instead of dealing with the argument I am making they simply sneer at it, as though the “fine-tuned universe” argument I use was discredited long ago.

Other writers say I have no scientific credentials, so I shouldn’t speak on this subject, but everything I write quotes from the work of respected scientists. Of course I never claimed I was a scientist anymore than I claimed I was a beekeeper or an upholsterer.

Some other critics are uncomfortable with talking about science and God in the same essay, but I simply think they are mistaken. The Bible says we are supposed to worship God with our minds, too, and that means we have to consider the claims of science and integrate what science and other disciplines say with what we know about our faith.

There is no danger in doing that. We only want to believe what’s true, and science can often be helpful in that way. It is no different from archaeology or linguistics or history. All disciplines can help us see our faith more clearly.

Which is better? Science and religion being separate or being integral?

I don’t think we have to make a choice. First of all, science is science, and it cannot have any direct connection with religion. It comments on what is within the material universe bounded by time and space.

But at the same time, the idea that there is some contradiction between science and faith is ridiculous. I talk about this at length in my book.

Most people don’t realize that many of the greatest scientists have been devout Christians. And there are many scientists today who are Christians. I have had several of them as my guests at an interview series called Socrates in the City. I’ve interviewed Dr. Francis Collins and Owen Gingerich and Sir John Polkinghorne and others. They are all serious Christians who are renowned and celebrated for their scientific achievements.

What is your answer to “Why did the Almighty create mosquitoes?”

Creation is not the way it’s supposed to be. It is not as God originally created it. Christians and Jews believe in the doctrine of the Fall, that at some time in our mythical past our first ancestors “fell from grace” and when that happened, all of creation fell along with them. It isn’t just human beings who fell and now are in need of redemption, but all of creation.

So the way nature is today, down to mosquitoes and Ebola viruses and so on, is not the way God intended things and not the way he created them originally. Suffice to say that when all things are redeemed, mosquitoes will either not exist or will exist in a way that does not make us want to reach for the spray-on repellent.

Do you think U.S. President Barack Obama is a good Christian?

I am sure he is a good husband and father, but I cannot comment on the condition of his soul. But his support of abortion - even into the last months of pregnancy - is deeply grievous and decidedly against two millennia of Christian teaching. That someone who calls himself a Christian is an advocate of infanticide is not something I can understand. His support of same-sex marriage is likewise difficult to reconcile with his supposed faith. But the most disturbing of all is his terrible record on religious freedom. Still, that is more of a failure to understand American history than a theological failure.

What would you like to say to the Korean readers of your books?

I have many Korean friends here in New York and I am absolutely thrilled that my books are being published in Korean. I have never been to Korea and sincerely hope that a trip there will be possible before long. I look forward to it.