Ji shows off his range in ‘Healer’

Ji shows off his range in ‘Healer’ 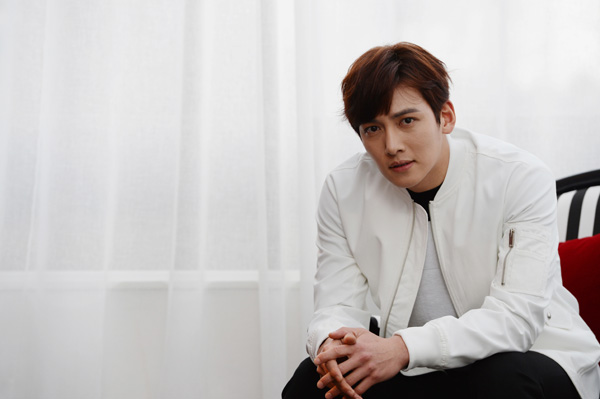 Actor Ji Chang-wook of KBS drama “Healer” says that he feels awkward and shy whenever someone compliments him on his acting skills.

He doesn’t have the pompous attitude that many famous young actors pick up and has not relied on gimmicks to boost his popularity. Instead, since his debut in 2008 in the movie “Sleeping Beauty,” he has tried acting in many different dramas including period TV series to add to his own experiences in the entertainment industry.

Even after the 2011 drama “Smile Again,” his first lead role in which he played a son caring for his intellectually challenged mother, became a hit, he continued to test himself by playing a villain in the weekend drama “Five Fingers.” He also expanded his area of expertise to include the stage, acting in the musical “Thrill Me.”

In the drama “Healer,” which ended earlier this month, he played two very different characters, which brought him a lot of praise for his acting skills.

“I get really shy whenever I hear something like this, and I just don’t know how to react,” he said in a recent interview with Ilgan Sports, an affiliate of the Korea JoongAng Daily.

“I’m a person who gets more awkward if I get compliments,” he said with a laugh.

Q.Wasn’t it difficult to act as two different characters?

A.That’s why I had to think hard. It wasn’t that I was playing a double. It was a character I’m playing acting [as if he’s someone else.] The most difficult thing I needed to figure out was how much change I needed to show in the second character compared to the original character I’m supposed to play. I was worried that if I made the two completely different both characters would not [stand out]. But the director advised me to do so and I think the gap between the two characters were actually more agreeable to the audience.

What was it like to get training for action scenes?

It definitely helped me a lot. When you do a movie, there are exact moves set to make action scenes, but when you do a drama, there are many cases when we have to improvise.

It looks like you have worked step by step to get a full range of acting experience by doing different genres. Did you plan it that way?

Frankly speaking, I didn’t. At first I thought everyone just gets a chance to play a lead role when they debut. That was very foolish of me. Looking back, I think what I did, doing things step by step, was really what I needed. I’m proud of what I have done.

Have you gone through any slumps?

It was hard when I was doing “Smile Again.” The drama was going really well but I wasn’t satisfied with my acting. I kept wondering whether I was talented enough and whether I should stop doing this. Then I got a piece of advice - there is no actor who is naturally talented. It all depends on how well you show your charm and how much you study to do your best.