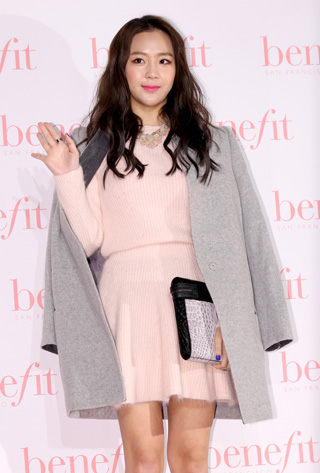 Singer Yewon will join the popular reality TV show “We Got Married,” in which celebrities pair up to experience what life could be like if they were husband and wife, the program’s broadcaster announced on Thursday.

According to MBC, the entertainer will replace one of the four participants scheduled to depart.

The show’s production team plans to add two new couples to the program, but has yet to reveal the names of the other new cast members.

“Yewon was on the top of the list because she’s one of the most prolific entertainers these days,” a source familiar with the situation said.

The singer recently appeared on a special episode of the long-running reality TV show “Infinite Challenge” in which popular singers from the ’90s appeared. Yewon joined forces with the dance trio Cool to perform a number of hit songs.

The 26-year-old singer debuted in 2011 as a member of the girl group Jewelry, though since then all of its members except for Yewon have refused to extend their contracts.

In recent months, the singer has continued to perform as a solo artist.