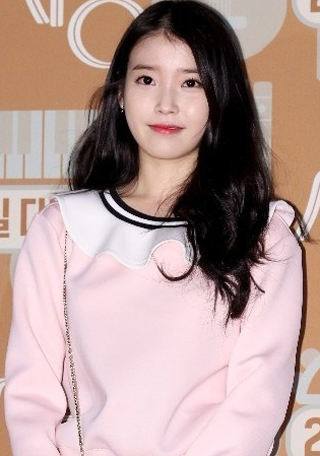 Soloist IU is returning with a new drama series rather than an album, according to an exclusive report by Ilgan Sports, an affiliate of the Korea JoongAng Daily.

The sports daily reported Tuesday that the 22-year-old singer has landed a lead role in an upcoming drama series tentatively titled “Producers.”

In the new series, IU will play a top singer who began training at age 13 and has been through many ups and downs before becoming a top star.

IU is likely to pair up with actor Kim Soo-hyun of “My Love from the Star” (2014) for the drama. The two worked together before for drama series “Dream High” in 2011.

Actor Cha Tae-hyun is also likely to appear in the series as a producer.

“Producers” will be written by Park Ji-eun, who penned “My Love from the Star” - the biggest hit drama of last year. It is expected to start airing in April.

IU debuted in the music scene in 2008 and has been extremely successful as a singer-songwriter, but she began acting from 2011 with the teenage drama series “Dream High.”