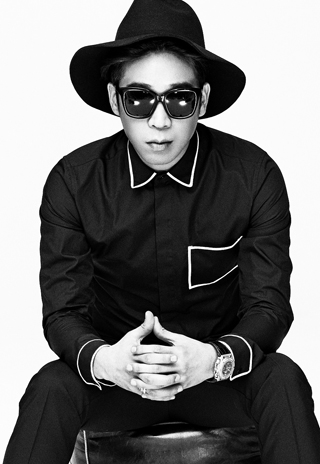 MC Mong’s “Love Mash,” the title track from the singer-rapper’s newly released mini-album “Song for You,” had topped major music portals as of Tuesday morning, the day it was released.

The mini-album was released just four months after MC Mong’s sixth studio album, which came out in early November.

Through the release, the singer-rapper wanted to “thank his fans who’ve been supporting him despite his long absence from the music scene,” according to Dream Tea Entertainment, his agency.

The singer-rapper had kept a low profile for five years after he was accused of attempting to avoid military duty by pulling out some of his teeth. He was cleared of all the allegations.

In Korea, avoiding military duty is seen as shameful, and many celebrities who attempted to avoid serving the mandatory duty have come under fire and have had a hard time returning to the show business scene as a result.

Despite the controversy, MC Mong’s previous album, which came out in November, was a huge hit upon its release.

Unlike his previous record, the mini-album is more light-hearted with funkier tunes.

Although the singer appeared in the music video for the release, he has no plan to appear on TV or any radio shows to promote his album, and his agency said he plans on staying away from the publicity circuit once again.