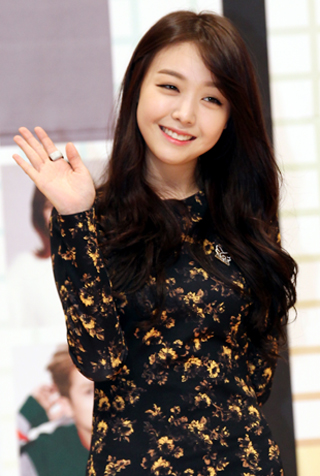 Minah, a member of girl group Girl’s Day, will release a solo album.

“She will debut as a solo act later this month and about 70 percent of the recording has been done,” said Dream Tea Entertainment, the agency of the 23-year-old singer, on Tuesday in a press release.

“She hasn’t made a decision for her title track yet. She’s undecided between a ballad and a dance song.”

Minah injured her ankle late last year so she could not participate in major end-of-the-year musical events.

“She couldn’t perform that much last year because of the injury,” the agency added. “Because of that she is determined to show the best performance this time with the solo album than ever before.”

Having started out as a member of the girl group in 2010, Minah has been pursuing an acting career when she is not performing as part of the quartet act.