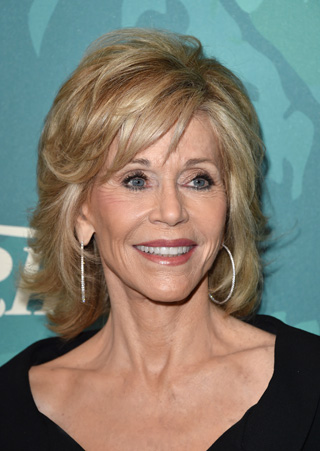 UNITED NATIONS - Jane Fonda said Wednesday the male power structure that has dominated the world for centuries has been wounded - “but there’s nothing more dangerous than a wounded beast.’’

The actress and women’s rights activist spoke in a telephone interview ahead of UN meetings next week to assess progress toward women’s equality. She said “the most intractable problem that humanity faces is the problem of patriarchy,’’ which she partly blames for the rise in terrorism and the destruction of the environment.

She said patriarchy is very entrenched, which has made it difficult for women fighting for real equality to challenge it, though she says women have made inroads. Male power is “wounded now but there’s nothing more dangerous than a wounded beast, thrashing about, flailing its tail with the barbs on it, and a lot of people are really getting hurt badly,’’ she said.

Fonda said this challenge to male power has not only had an impact on terrorism and the environment but has affected women demanding equality because “there’s a lot of guys who won’t stand for it.’’

“So we have to be constantly reminded of how far we’ve come and how far we still have to go,’’ she said, and that’s why she will be at the UN on March 12 to help launch a campaign by the women’s rights group Equality Now urging all governments to repeal or amend all gender discrimination laws.

Fonda, a longtime supporter of the group, said just over half the laws it highlighted in 1999 have been revised, appealed or amended, but there is no excuse for less than 100 percent.

Changing laws “is a huge step forward’’ and helps empower victims, she said, but to achieve equality many other things are needed as well.

“You need women elected to office, you need movements in the streets, you need social media, you need every single form of social protest and speaking truth to power that’s possible,’’ Fonda said.

And a woman leader must lead “as a woman and not as a man in skirts’’ who thinks she needs to prove she’s not weak, she said.

Her value “is to bring her woman-ness to her leadership style’’ which means empathy, compassion and “someone whose head and heart are not bifurcated,’’ she said.

Fonda said it took her a long time to understand what the women’s movement was about and what feminism meant, and she will be fighting for equality for the rest of her life not only with Equality Now but with V-Day, a movement to stop violence against women, and the Georgia Campaign for Adolescent Power and Potential which she founded in 2001.

But Fonda hasn’t given up on acting: She will be starring in director Paolo Sorrentino’s movie “Youth in Venice’’ with Michael Caine and Harvey Keitel, which will be released this year. And she said she’s gearing up for a second season of the Netflix series “Grace and Frankie’’ with Lily Tomlin.