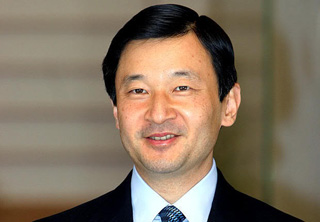 Japanese Crown Prince Naruhito, known for his interest in water issues, will not attend the 7th World Water Forum (WWF) that kicks off April 12 in Daegu and North Gyeongsang.

According to Korean and Japanese diplomatic sources, Korea extended an invitation to the 55-year-old prince in September in an effort to thaw relations ahead of the 50th anniversary of diplomatic ties between the two.

However, the Japanese government declined the invitation through an official channel, citing the prince’s schedule.

Naruhito is a renowned water expert and once stated during a 2009 press conference that his life’s work was to solve water issues.

After becoming the international forum’s honorary president in 2003, he appeared for lectures at the third WWF in Kyoto in 2003, the fourth in Mexico in 2006 and the fifth in Turkey in 2009.

He missed the previous event held in Marseille, France, in 2012, because his father, Emperor Akihito, had just had heart surgery. Instead, Naruhito sent a video message.

Additionally, he serves as the honorary president of the United Nations Secretary-Generals’ Advisory Board on Water & Sanitation.

His thesis for his first master’s degree at Merton College, Oxford University, was titled “A Study of Navigation and Traffic on the Upper Thames in the 18th Century.”

He also wrote a thesis related to water issues when working toward his second master’s degree at Gakushuin University.

Having Naruhito at the forum in April was seen as a way for Seoul to normalize strained ties between the two countries, a fact Korean Ambassador to Tokyo Yoo Heung-soo mentioned to the emperor at a royal occasion in late September.

“The crown prince was eager to come to Korea for the event, but it was the Japanese government that put on the brakes, citing security and political issues,” a diplomatic Japanese source said.

One theory is that remarks made by former President Lee Myung-bak in 2012 after a visit to the Dokdo islets played a role. At the time, Lee insisted that the emperor must apologize for those who died during the independence movement if he wanted to come to Korea. Those comments, experts say, may still be making the Japanese government hesitant.