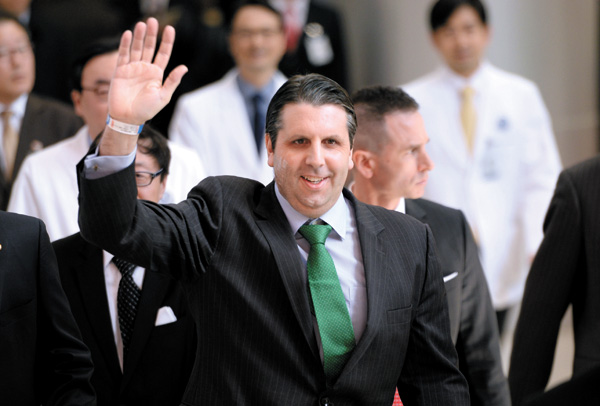 U.S. Ambassador to Korea Mark Lippert waves as he leaves Yonsei University’s Severance Hospital in Seoul on Tuesday. Lippert was released Tuesday after five days in the hospital for treatment of injuries caused by a knife-wielding man who slashed him on the face and left arm during a breakfast forum in Seoul. [NEWSIS]