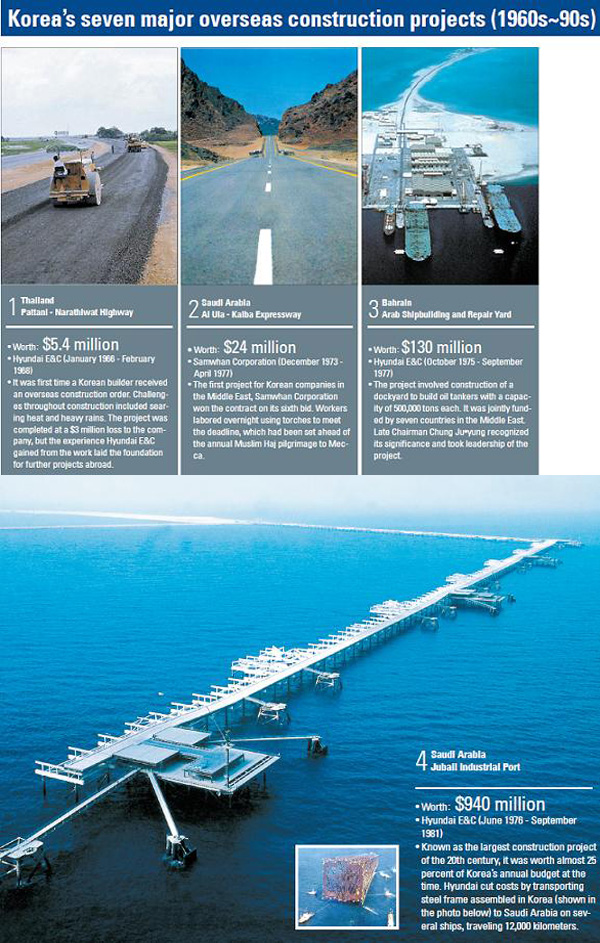 The four-lane Pattani-Narathiwat highway stretches for 98 kilometers (60.9 miles) in southern Thailand. Built by Hyundai E&C for $5.4 million in late 1965, it was the first overseas construction project for a Korean company.

After half a century, it is still called tanon kaoli, which means “Korean road.”

“Korean workers who built the road left a very strong impression,” said Nattapong Sirichana, Narathiwat governor, in an interview with the JoongAng Ilbo.

Today, Hyundai E&C is Korea’s largest construction company, but the sum total of its road-building experience in 1965 consisted of a three-kilometer landing strip back home.

Chung Ju-yung, founder of Hyundai Group and Hyundai E&C president at the time, vowed the job would be done within 25 months. And he kept his promise.

“The construction work on the highway in Thailand was creating something out of nothing, and it was a scene of desperate struggle,” said the 74-year old Baek Dong-myung, a former executive at Hyundai E&C who worked on the project.

As Korean companies gained experience, they were able to expand into the Middle East in the 1970s.

Thanks to the money that Korean construction companies made from work in the Middle East, Korea was able to weather two oil shocks that nearly bankrupted the country. 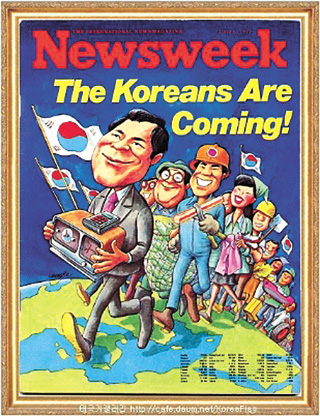 Cover of Newsweek published in June 1977. The six-page article was about Korea being within reach of 10 billion dollars in exports. [JoongAngilbo]

Overseas construction still plays a vital role in bringing U.S. dollars to the country. The accumulated earnings from overseas construction projects are expected to exceed $700 billion. Last year alone it made $66 billion, which, exceeds exports of computer chips, ships or steel.

However, the overseas construction business remains challenging. Since the global financial crisis, many countries have postponed construction projects. The slowdown in China also has had a major impact.

At home, the construction companies have been fined more than 1 trillion won ($887 billion) for fixing prices on the four-river restoration and South Jeolla high-speed rail projects pursued in the Lee Myung-bak administration.

“There is still huge growth potential in the overseas construction market,” said Professor Lee Bok-nam of Seoul National University’s Integrated Research Institute of Construction and Environmental Engineering. “It shouldn’t be looked upon as a dying industry or an industry tainted by corruption but as a catalyst for exports.” 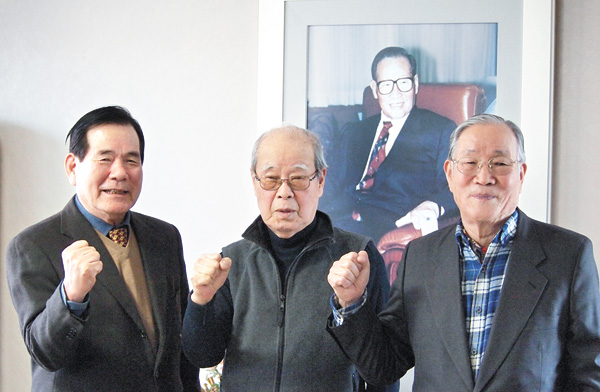 In 1989 in the middle of the Sahara Desert were signs that read, “Let’s get back in one piece to Gimpo.”

Korean crews continue working in harsh conditions and were able to read and understand directions in English. They were the best weapon the Korean companies had in their arsenal.

The first Korean company in the Mideast was Samwhan Corporation.

In December 1973, Samwhan won a $24 million order for a 164-kilometer expressway between Al Ula and Kaiba in Saudi Arabia.

In 1976, Hyundai E&C won a contract to build an industrial port in Jubail, Saudi Arabia. The project was worth $940 million, or 25 percent of Korea’s annual budget at the time.

“Overseas construction was successful due to the labor-intensive nature of industry in the 1970s,” said Kim Nak-nyeon, an economics professor at Dongguk University. “It was the foundation of the economic boom in the 1980s.

Even though five decades have passed since the project in Thailand, for Jeong Tae-soo, 84, Yim Hyung-taek, 81, and Baek Dong-myung, 74, it is as if it were yesterday. 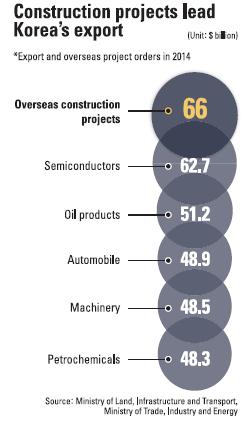 These are the old guard of Hyundai E&C who spent 20 to 30 years overseas working in the Middle East after completing the highway in Thailand.

“Winning the order wasn’t easy, since we barely had any experience in building roads,” said Jeong.

Yim recalled that in the first two months, the company started its own way, but later it had to be redone from scratch when a U.S. inspector said it did not meet international standards.

“Because of the reconstruction, we suffered huge financial losses, but in the end it was an experience that helped us learn,” Yim said.

For example, a roller the Hyundai E&C brought from Korea was useless on the sticky and muddy soil of Thailand. Later, the company had to import eight units of vibrating rollers from Germany and was able to complete the land-firming procedure.

They said that during the entire construction period, the late founder of Hyundai visited the site three times. The U.S. manager who was in charge of work schedules and equipment, would allow the entire crew to work simultaneously when Chung showed up because of his temper.

The old guard, who spent their lives in the construction boom in the Middle East in the 1970s and 1980s, said they became saddened recently when they heard that construction is looked upon as a dying industry or as one infested with corruption.

The three still see a bright future for the overseas construction market.

“I was happy to see President Park Geun-hye’s Middle East trip this time as it opened a wide export opportunity for various industries, including construction, IT and food,” said Jeong. “Considering our experiences in the past, I think Korea will be able to benefit from a second business boom in the Middle East.”

Narathiwat is 800 kilometers away from the Thai capital of Bangkok. Although it is a small region of approximately 700,000 residents, it is a major transit point between Thailand and Malaysia. The Pattani-Narathiwat Highway helped to boost trade between the two countries.

“The four southern provinces of Thailand [Narathiwat, Pattani, Songkhla and Yala] became one of the major producers of rubber, thanks to the road,” said Nattapong Sirichana, Narathiwat’s governor.

Currently, Thailand accounts for as much as 30 percent of the world’s rubber production.

“Our elders say Korean workers were persistent and never took their work lightly,” said Sirichana. “It surprised many when the Koreans completed the construction in just 25 months, diligently persevering throughout the construction in the heat and pouring rain. That’s why it is called the Korean Road.”

He said he is glad Korea has rapidly grown from constructing roads to become a major economy that is a leader in smartphones and entertainment through Hallyu, or the Korean wave.

And if he had his way, a Korean company would be in charge of the coming construction of a bridge between Thailand and Malaysia.