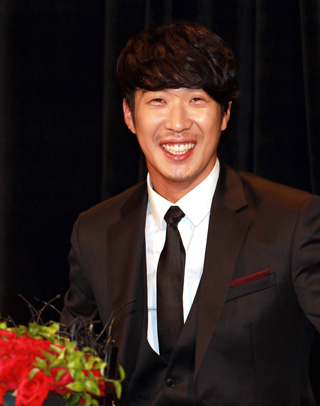 Singer and TV celebrity Haha teased a series of images capturing his music video shoot on Thursday through his entertainment agency.

In the shots uploaded by Haha’s agency, Quan Entertainment, his wife, Byul, who is also a singer, is the female protagonist in his music video for “Beautiful Girl,” a new song by Haha & Skull that will be released Friday.

Haha and Byul married in November 2012 and have a son together.

Haha is a regular host for popular reality TV shows “Infinite Challenge” and “Running Man,” but the celebrity debuted as a singer in 2001 and later formed reggae duo Haha & Skull.

Byul will also release a digital single on March 18.