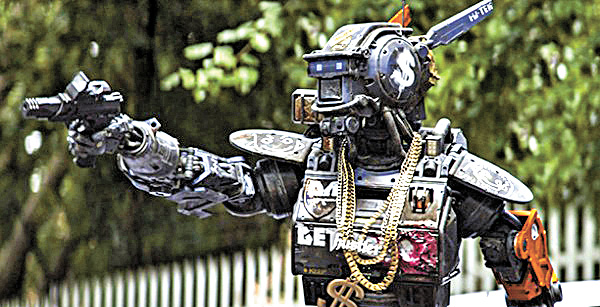 Director Neill Blomkamp of “District 9” has returned with another dystopian film, this time with a robot theme.

Set in Johannesburg in the near future, police bots are in charge of keeping order in the city, although they aren’t so good at it. The city is rampant with crime, trash and gangsters.

One day, an ingenious scientist, Deon, played by Dev Patel, who came up with the robotic cops in the first place, cracks a code in one of the abandoned robots and invents “Chappie,” who can think for itself.

The upgraded robot can talk, walk and feel, but it is more like an infant who is scared of everything that happens to him.

Finding great potential in this intelligent robot, Deon’s rival Vincent, a weapon developer played by Hugh Jackman, gets a thug to steal Chappie and he becomes involved in a big heist. 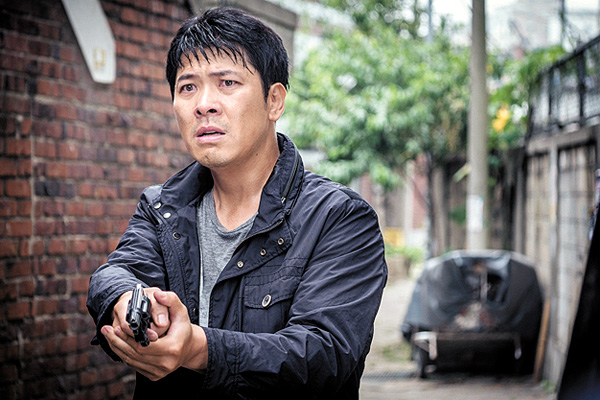 A palm-sweating crime thriller targeted at disclosing the controversial issue of the death penalty system in Korea is ready to hit theaters.

Having Park Sung-woong of “The New World” in the role of serial killer Gang-cheon, who only attacks frail women, “The Deal” is a chance to rediscover the actor’s skills playing a villain. Both emotionally and physically, the 42-year-old took it to the next level as the psychotic murderer.

Kim Sang-kyung of “Memories of Murder” attempts another detective role in this film. He depicts the fierce charisma of his character, Tae-soo, well.

The fact that his younger sister fell victim to Gang-cheon makes the character even more multidimensional than Kim’s previous detective roles.

After Tae-soo catches Gang-cheon, the killer receives the death penalty, yet the film takes the audience ahead three years and the condemned man is still alive, looking better than ever and thriving on taxes paid by citizens.

New director Son Yong-ho keenly analyzes the problematic aspects of capital punishment in Korea, which hasn’t carried out a single execution since 1997, with the movie.

Written and directed by Damien Chazelle who took inspiration from his own experience, the Oscar-nominated music film “Whiplash” depicts a complicated relationship between an ambitious drummer and his talented instructor. But at its core, it demonstrates what it takes to survive the cutthroat competition of the arts world.

Andrew (Miles Teller) is an ambitious drummer at music school in New York who practices day and night to find his way to success. He is a shy boy, but at his drum set he transforms into this passionate and fanatic drummer.

But in the eyes of Mr. Fletcher, the most important teacher at his school and the conductor of the school’s jazz band, Andrew’s performance is not satisfactory.

The competent but harsh instructor pushes Andrew to the limit every time, yelling and insulting him in front of the other band members.

The electrifying drum beats on top of a rhythmic jazz melody intensifies the conflicts and struggles between the two protagonists. 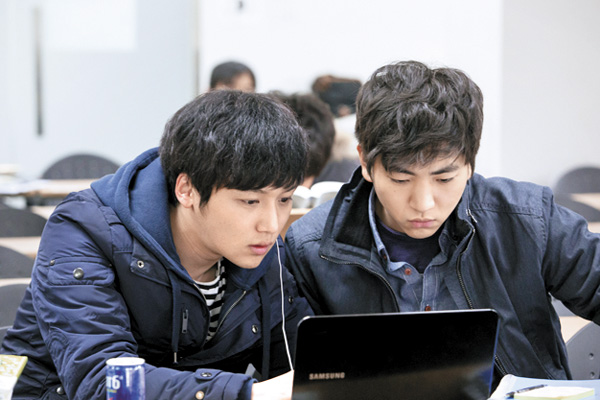 Korea is one of the most wired countries in the world, but everybody is aware that the Internet is the cause of some deadly problems.

In the upcoming film “Socialphobia” directed by Hong Seok-jae, the most unique, and also problematic, parts of Korea’s online youth culture are revealed.

The movie kicks off with one female Twitter user making fun of a soldier who committed suicide on duty. Her comments immediately cause an uproar from male Internet users, and together they hack her personal data and gather in front of her house.

However, what started as a spontaneous act ends up in what appears to the girl’s suicide. And to make things worse, this whole process was broadcast live through an Internet channel.

Rising actor Byuen Yo-han of TV drama series “Misaeng” plays Ji-woong, a good-natured boy who inadvertently gets involved in this mysterious case. Lee Ju-seung plays Yong-min, who notices something strange about the girl’s death and tries to get to the bottom of it.

“Socialphobia,” which is the feature debut for Hong, received the Network for the Promotion of Asian Cinema award at the 19th Busan International Film Festival last year, where it had its world premiere. 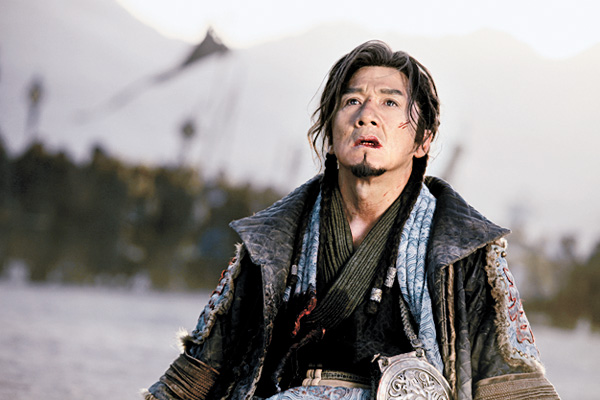 Written and directed by Daniel Lee of “14 Blade” and “Three Kingdoms: Resurrection of the Dragon,” this historical epic takes the viewers some 2,000 years back to the Han Dynasty (A.D. 206-220) in China, where there were sharp territorial disputes over the control of the Silk Road.

The film starts from the assumption that Roman soldiers invaded into Chinese territory to get control of the Silk Road, two of whom are played by Brody and Cusack.

Chan is Huo An, a peacekeeper of the Silk Road, who tries to avoid any kinds of quarrel among the Chinese tribes as well as with the Roman soldiers.

As this film’s producer and also an action director, Chan revealed that he hopes this film delivers the important message of “co-existence” to the world.

If you want a good laugh without having to think hard about a film’s plot and its message, this movie directed by Shin Han-sol of “The Art of Fighting” (2005) is right for you.

Until now, there have been numerous types of survival shows on TV with themes encompassing singing, dancing and cooking.

But there has never been one about cursing - until now.

In this movie, actress Kim Su-mi - who is already well-known for using expletives and yelling at others in her past roles - plays a grandmother who enters a swearing battle that is broadcast live on TV.

Her job is to swear at her counterpart like there is no tomorrow, until they give up.

Actress Kim is 64 years old in real life, but she aged a little more to play the grandmother role.

The scenes where she passionately curses at others with a rounded back are sure to draw some big laughs from the audience.

Kim said during a press conference last month that she would perform in a bikini if the movie surpassed 10 million admissions.

Actors such as Jung Man-sik and Kim Jung-tae feature in the film as the granny’s close acquaintances.