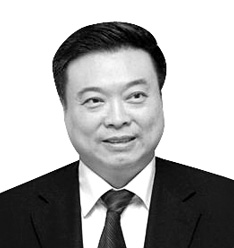 BEIJING - Beijing’s new ambassador to Pyongyang was confirmed to be Li Jinjun, the vice minister of the International Department of the Central Committee of China’s Communist Party, according to sources on Tuesday.

While relations between North Korea and China are somewhat frostier than in the past, Beijing has continued its tradition of assigning a high-ranking vice ministerial-level official as its top envoy to Pyongyang.

Chinese ambassadors assigned to Pyongyang have consistently been a notch or two higher in rank than top envoys assigned to Seoul, in accordance with diplomatic custom.

The Chinese Foreign Ministry has yet to officially announce Li’s assignment to Pyongyang. He is expected to replace Liu Hongcai, who completed a five-year assignment to North Korea and returned last month to Beijing.

“Li’s appointment is known among the diplomatic circle, and is currently pending approval from North Korea, which is why the announcement is being postponed, in accordance with diplomatic practice,” a Beijing diplomatic source told the JoongAng Ilbo.

The 59-year-old diplomat is a seasoned Asia expert who served as the Chinese ambassador to Myanmar and the Philippines before assuming his current position in 2007.

Despite being North Korea’s closest and only ally, China has grown frustrated with Pyongyang’s nuclear ambitions, particularly following its third nuclear test in February 2013.

Observers expect Li will play a role in easing relations between the two countries.

Li may also play a role in facilitating North Korean leader Kim Jong-un’s first visit to China, or a summit between Kim and President Xi Jinping. The young dictator rose to power shortly after the death of his father Kim Jong-il in December 2011.

Moscow has invited Kim, among other world leaders, to attend its World War II victory celebration in May. Should Kim accept Russia’s invitation, it would mark his first overseas trip as a head of state.

It would also be unprecedented for a North Korean leader to visit Russia before visiting China.