Seo is back, balancing baby and golf

Seo is back, balancing baby and golf 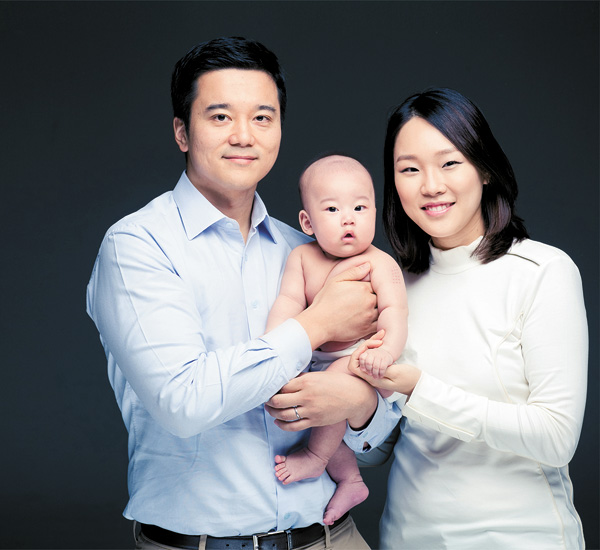 A family photo of Seo Hee-kyung with her husband and son. Seo gave birth to her son in August. [JoongAng Ilbo]

PHOENIX - For Seo Hee-kyung, the JTBC Founders Cup is her first LPGA Tour event in 10 months after she became a mother in August.

The 28-year-old, nicknamed “supermodel of the fairways,” said winning the event is important, but what she cares about most is her son. At the Wildfire Golf Club in Arizona last week, Seo was interviewed by JTBC, the main sponsor of the tournament and an affiliate of Korea JoongAng Daily, and was asked to send a video message to her son.

She could hardly deliver the message as she struggled to keep from crying. But even after she burst into tears, Seo didn’t ask the reporter to stop the interview. Her message as a mother was clear.

“I’m really sorry that I could not put 100 percent like other mothers,” Seo said, addressing her son. “To live as a happy mom, I needed this time. I want you to understand my decision to compete [in golf] when I had the opportunity and I really want you to grow up healthy and happy.”

Seo, who won the LPGA Kia Classic in 2010, knows personally how important a mother is. When Suwon-born golfer was a fifth grade elementary student, she lived for about a year at her aunt’s house in Lawrence, Kansas, to practice golf. Her aunt and her husband were kind to her, but Seo said she really missed her mother.

Originally, Seo wanted to be like American golfer Juli Inkster. The 54-year-old Hall of Famer plays in the LPGA Tour while raising two daughters.

Seo, the 2011 LPGA Rookie of the Year, said that she wanted to succeed on the green and at home. But after giving birth she changed her mind, thinking that leaving him would be too difficult for herself and her son.

While she was having serious doubts, Seo’s husband stepped in to encourage her to pick up her golf clubs again. According to Seo, her husband wanted her to “make a decision that she won’t regret.” After listening to her husband, Seo decided to play.

But as a promise to herself, Seo came up with a plan to participate in the tour for two weeks and then come back to Korea to stay with her baby for another two weeks.

Seo, who was runner-up in the 2011 U.S. Women’s Open, said it isn’t an easy playing schedule. A long trip crossing the Pacific is physically challenging and adjusting to the time difference is also a problem.

Since giving birth, Seo hasn’t fully recovered her form to what it was when she was at her peak. She is now ranked 137th in the world, whereas in the past she was in the top 20. To prepare for her return, Seo, who has 16 top-10 finishes in the LPGA Tour, said she lost 16 kilograms.

“Since I’m participating in the event at a time that I should be with my family, I will try to use that time effectively and work hard,” she said. “But also, I will try not to get stressed about the result.”

Winning events isn’t a priority for Seo anymore. At least for the moment, she is enjoying her life as a mother who can also play golf.

“Right now, I’m much happier than if I had won multiple events,” she said.