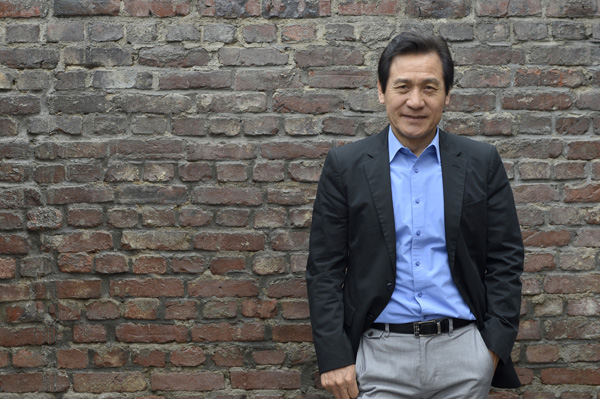 Even for veteran actor Ahn Sung-ki, playing a man who finds himself attracted to a young and beautiful woman while his wife is dying of a brain tumor in Im Kwon-taek’s “Revivre” was a challenge.

The 63-year-old has been acting since he was 5 and has starred in more than 125 films. But with his depth of experience, Ahn somehow makes it impossible to judge the main character, Oh Sang-moo, in the film, which is Ahn’s 128th and Im’s 102nd.

Here is an excerpt from the actor’s recent interview with Ilgan Sports, a Korea JoongAng Daily affiliate.

Q. Ethically, Sang-moo should be criticized for his actions. But for some reason the audience feels a sense of sympathy towards him. Why?

A. Although Sang-moo is attracted to another woman, he doesn’t abandon his wife. He takes care of her faithfully and sincerely. Any man who is besieged by the “scent of death” all the time will be tempted by the life, youth and the idea of a new beginning and possibilities that the other woman intuitively represents. I think that’s why many people could understand how he feels.

While playing Sang-moo you must have given a lot of thought to death.

I did. And I reflect on death often anyway, because I’m at an age when I feel closer to it. I think you have to let go of your greed to complete a beautiful life. For me, I want to make films as long as I have energy, and as long as the audience wants to see me, and just vanish well. Sometimes actors I liked appear so aged and so changed, which makes me feel disappointed. I don’t want go there.

This is your eighth film with Im. How is working with him?

We are at the stage where we know what each other wants just by looking at each other [when acting]. He has a unique style. Most directors set the camera angles, lights and props near-perfectly before shooting.

But Im doesn’t even use storyboards. He reads scripts and visualizes in his head even until the very morning of the shoot. He is impromptu, even taking advantage of variables on set. I’m used to it. So I also think of the general framework going to the set and try to fine-tune the details as I act.

You have been acting since you were 5. Have you ever felt tired of it?

There were some breaks in my acting career - when I was in high school, university and then in the Army. There were also some painful periods when people didn’t really care about my work.

But I never thought I was tired of acting. Filming may seem the same, but it never is. Characters are different, and so are the film sets and the people you work with. You never get sick of it.

And they are new and different all the time. That always makes me excited and content.

You have never been embroiled in a scandal during your career. What’s your secret?

If you are faithful to your roles, as an actor and as a head of a household for me, it just becomes like this naturally. Also I’m Catholic, so that might have factored somewhat.

I’ve also been working with Unicef for more than 20 years. It’s hard to take things for granted when you work for children suffering worldwide.