Suzy will talk about Lee Min-ho

Suzy will talk about Lee Min-ho 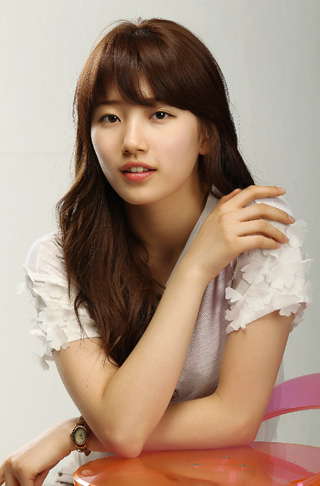 Suzy, a member of girl group Miss A, will not evade questions about her actor boyfriend Lee Min-ho when she appears on a reality TV show, according to JYP Entertainment.

JYP, the agency representing Suzy, said Wednesday that Suzy and her group Miss A will carry on planned promotions for the release of the group’s newest album “Colors.”

“Colors” will be released to the public on Monday.

“Colors” is being released 16 months after the release of the girl group’s previous album. The four-member girl group will perform songs from the album on stage on Monday.

Along with that performance, Suzy is also scheduled to appear on the popular reality TV show “Happy Together” to promote the new album but industry insiders assume that recent romantic news about her and her boyfriend may affect the shooting of Suzy’s “Happy Together” appearance, and that she would avoid answering questions about Lee.

JYP said, “We hope she wouldn’t get questions about her romance but even if she does, she will answer those questions because it is not something we can avoid.”

Suzy and Lee, who is often called the Asian prince because of his immense popularity in Asia, confirmed that they are seeing each other after a local online news agency released a series of pictures of the two dating in Seoul and London earlier this week.

After the news reports, agencies of both Suzy and Lee confirmed their relationship.

Meanwhile, the new album by Miss A is reportedly centered on the theme of an independent woman.