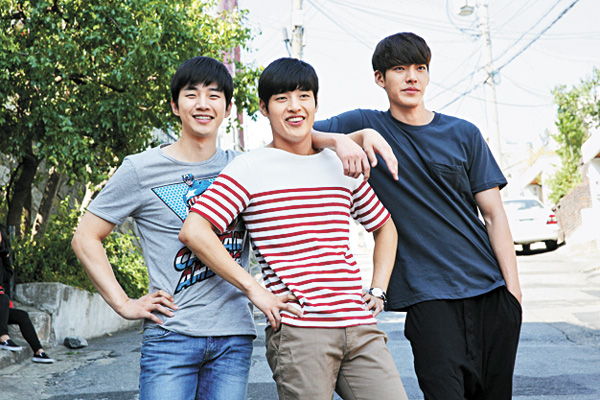 Society is very demanding of Koreans in their 20s. They are expected to get into a good college, receive a high GPA and obtain a decent job while managing to sustain a relationship at the same time.

It is all in the name of being an adult, but what would a just-turned-20-year-old male know anything about life or love when his binge drinking means he doesn’t even remember what happened yesterday?

Lee Jun-ho from the K-pop group 2PM attempts his first leading role in film as Dong-woo, who has to let go of his dreams due to financial issues.

Up-and-coming actor Kang Ha-neul plays Kyung-jae, an ideal representation of a Korean college boy, who immediately gets down to preparing to get a job at a big company. But his relationship with girls don’t quite work that well.

The hilarious trio is expected to deliver a dose of laughter to the local and international audience.

The film distributor has chosen to screen the film with English and Chinese subtitles at selected theaters. 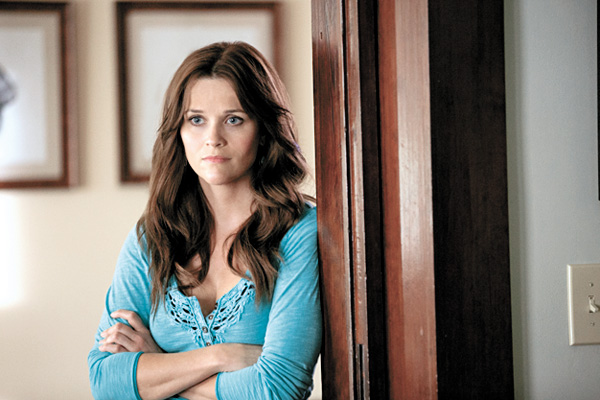 It was inspired by the so-called “lost boys,” the children who crossed borders between 1983 and 2005 to escape from the deadly violence ongoing in their home country. “The Good Lie” depicts the stories of three struggling refugees who escaped the country in 1987 during the Sudanese Civil War.

Witherspoon plays a strong-headed woman who volunteers to help them make a living in a new, more modern environment. 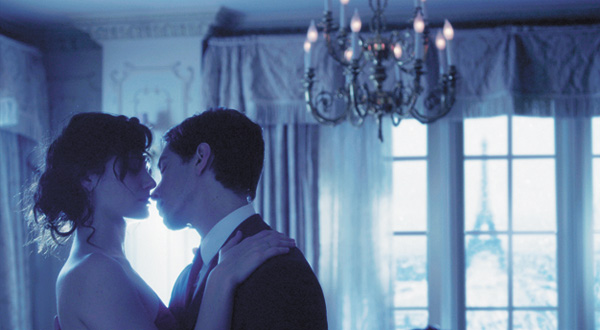 If you are looking for a romantic drama that is perfect for spring, this film is for you.

The chemistry between the protagonists,

Emmy Rossum of “The Phantom of Opera” and Justin Long of “He’s Just Not That Into You,” is sure to give the audience butterflies.

“Comet” is a debut feature for Sam Esmail, the film’s director.

The love story begins when Dell (Long) and Kimberly (Rossum) both go to Hollywood Forever, one of Los Angeles’s oldest cemeteries. Dell fatefully falls for Kimberly the minute he sees her, just as a comet streaks across the sky.

Dell is a pessimistic, misanthropic and future-oriented person who didn’t believe in love. Kimberly lives for the moment and craves attention.

The six-year relationship between the two is intercut with scenes showing five key turning points for the couple, such as their first meeting, break up and getting back together. The jumping chronology makes the film more unique and arouses an ambience of fantasy.

The sequel in the “Divergent” trilogy is finally out a year after the series launched. The first film received positive reviews for its tale of teenage rebellion set against an anarchic system and a love story that somehow blooms amid an urgent situation. 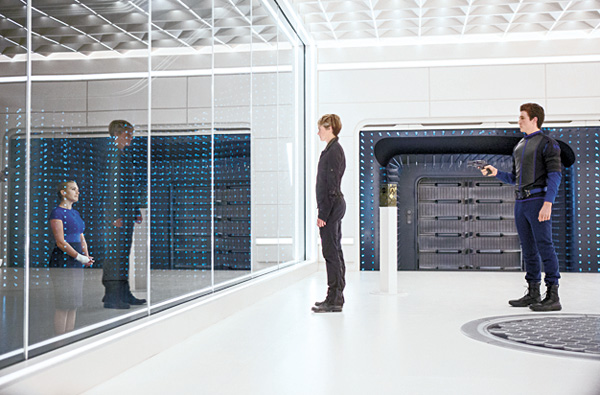 The world is divided into factions based on people’s characteristics in a near-dystopian future. Abnegation is for the selfless, Erudite is for the smart,

Dauntless is for the courageous, Amity is for the peaceful and Candor is for the truthful. The faction you belong to outlines your value in society and the direction of how you will live your life.

The story unfolds three days after the first installment when Tris (Shailene Woodley), a female teenager who fits in multiple factions - a “Divergent” that society regards as a risk factor - becomes a fugitive with Four (Theo James).

Jeanine (Kate Winslet), the leader of the government, searches for a box, believing it contains a message from the city’s founders and will be the key to ending the Divergent problem once and for all.

At the same time, Tris and Four form rebel forces with other Divergents against the state.

Written and directed by Damien Chazelle, who took inspiration from his own experience as a high school drummer with a violent teacher, the Oscar-nominated music film “Whiplash” depicts a complicated relationship between an ambitious drummer and his talented but abusive instructor.

At its core, the film demonstrates what it takes to survive in the cutthroat competitiveness of the arts world and what kind of frenetic minds it takes to bring out the full potential lying within a person.

Andrew (Miles Teller) is an ambitious drummer at a music school in New York who practices day and night.

He is shy, but at his drum set he transforms.

Yet in the eyes of Mr. Fletcher, the most important teacher at his school and the conductor of the jazz band, Andrew’s performance is not satisfactory.

The competent but harsh instructor pushes Andrew to the limit every time, yelling and insulting him in front of the other band members.

The electrifying drum beats on top of a rhythmic jazz melody intensifies the conflicts and struggles between the two protagonists.

Going viral online, the film has crawled up to the No. 1 place in Korea’s box office in its second weekend.

Directed by the talented Kenneth Branagh, this live-action adaptation of Disney’s legendary fairy tale “Cinderella” stays faithful to the original, which was first introduced to the public almost half a century ago.

Although there is no extra twist given to the plot, the film is as enjoyable as ever, with plenty of things to see such as the characters’ vibrant outfits and the beautiful sets designed by Sandy Powell and Dante Ferretti.

The film has Lily James in the iconic Cinderella role, who with her pretty face and fragile figure delivers the ambience of a good-natured country girl well.

Richard Madden, who starred as Robb Stark in U.S. drama “Game of Thrones,” enchants both Cinderella and the audience with his sky-blue eyes.

However, it is Cate Blanchett’s impeccable turn as the wicked stepmother that sucks viewers in, with her penetrating gaze and dignified elegance every time she appears on the screen.

“Be kind and have courage” is the sole message throughout the film, but the audience is persuaded to believe in it, wishing happily ever after to Cinderella and her prince. The film topped the U.S. box office last weekend, grossing $70.1 million in its opening weekend.