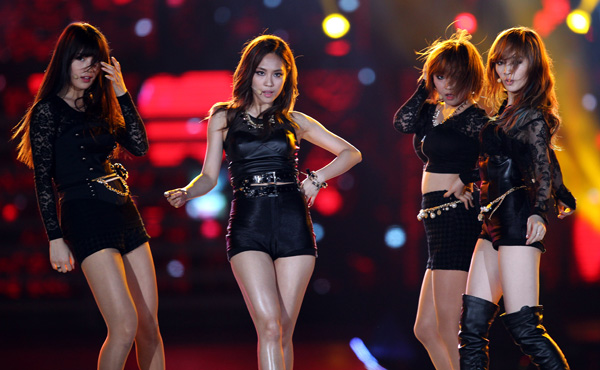 Girl group Miss A’s digital single “Only You” has topped nine major online music charts upon its release Monday, according to JYP Entertainment, the agency of the four-member girl group.

“Only You” was unveiled on Monday at midnight. The upbeat dance song was composed by Black Eyed Pilseung, which produced girl group Sistar’s 2014 hit “Touch My Body.”

Suzy and Min, two members of the girl group, wrote the song’s lyrics.

Other than “Only You,” the mini-album has five tracks.

Before the release of the new record, some industry insiders were concerned that the news last week about Suzy dating actor Lee Min-ho would influence its sales because she is the most popular member of the group.

After a report from a local online news agency about the two dating in Seoul and London, both Suzy and Lee’s agencies confirmed they are in a relationship.