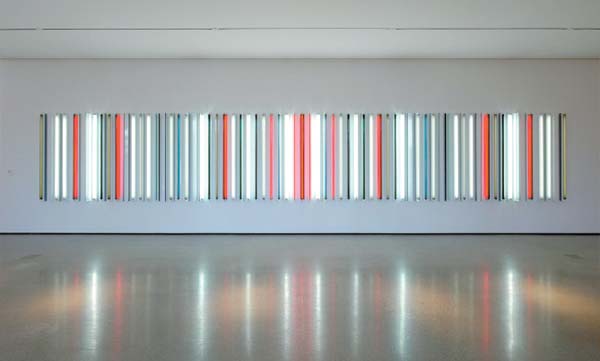 Three large-scale exhibitions featuring the history of Korea’s calligraphy, contemporary art and 20th-century art will take place, respectively, in 2018, 2022 and 2024 at the Los Angeles County Museum of Art (Lacma).

As one of the major art museums in the United States, Lacma will conduct in-depth research on Korean art history with scholars around the world while preparing for the shows.

Hyundai Motor will sponsor the project, as a company that has made aggressive moves toward art patronage in the last few years.

The Korean car conglomerate announced a 10-year partnership with Lacma on Tuesday afternoon. The project, titled the Korean Art Scholarship Initiative, is one of the collaboration’s highlights.

Another pinnacle is the reboot of Lacma’s Art and Technology Program from 1967 to 1971. It will start with two exhibitions this autumn featuring artists who combine art and technology, including American media artist Diana Thater. Later, from 2017 to 2024, an exhibition about art and technology will be held every year.

As the start of sponsoring the program, Hyundai Motor will finance Lacma’s purchase of two art pieces by Robert Irwin and James Turrel. Both are famous for making an exquisite use of the science of light and space in their work. Each participated in Lacma’s original Art and Technology Program.

“Lacma’s heritage in convergence of art and technology has deep roots as it started as the Los Angeles Museum of History, Science and Art in 1910,” said Cho Won-hong, chief marketing officer of Hyundai Motor, during a press meeting at Dongdaemun Design Plaza in central Seoul Tuesday afternoon.

“This attracts Hyundai Motor, which produces cars that are a combination of art and technology,” Cho added. “And we respect Lacma’s open and flexible attitude toward diverse cultures, which are seen in the museum’s Korean art collection.”

“We are really excited in this long-term partnership, as it enables ground-breaking exhibitions about Korean art which requires years of in-depth researches,” said Michael Govan, director of Lacma, in the press meeting.

According to Stephen Little, a Lacma curator and the department head of Chinese and Korean Art, the three Korean art exhibitions will never have been seen before in the United States.

“In particular, the 2024 exhibition featuring Korea’s 20th-century art will shed light on an underexplored area compared to Korean art before the 20th century and contemporary art,” Little said.

A year ago, the automaker announced an 11-year alliance with the Tate Modern in London. The most important element of the relationship is the Hyundai Commission for Turbine Hall, the British museum’s iconic exhibition space. The Tate said this January that Mexican artist Abraham Cruzvillegas will undertake the first Hyundai Commission. He will create a site-specific work for the hall and it will open to the public on Oct. 13.

Sponsored by the company, the museum selects one local artist per year and commissions them to hold a solo exhibition for several months at the museum. 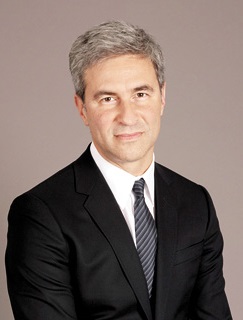 The Korea JoongAng Daily sat down with Michael Govan, director of the Los Angeles County Museum of Art (Lacma), shortly before his announcement in Seoul about the museum’s 10-year partnership with Hyundai Motor, which includes the reboot of the Art & Technology Program and the Korean Art Scholarship Initiative. Here are some excerpts.

Q. How is the original late 1960s Art & Technology Project different from the reboot?

A. The original happened in the excitement of those days, like the space race. The project was intended to offer new tools to artists and to imagine the art of the future. It was very influential not because of the art works produced but because of the relationship formed between artists and scientists. It was one of the first exhibitions that was truly experimental. Several works failed and could not be presented. But the experimentation was valuable.

As for what is different today, while people in the 1960s were crazy about technologies with space rockets and science fiction, today we see [in person] how technology is changing our daily life so fast. So, it’s a good time to again bring art to the concerns of all civilizations - technology.

Can you explain about Lacma’s Korean art galleries?

We dedicate more space to Korean art than any other museums in the United States. Los Angeles is the home of the largest number of Koreans outside Korea. So, we will continue to expand the Korean art collection and do more research. The long-term partnership with Hyundai Motor will be of great help.

As the director of a museum in a region with a strong multiethnic population, do you consider this when you operate the venue?

Yes. Museums around the world exhibit artifacts from various localities - various cultures. As for Los Angeles, it is the city of various cultures living and breathing. So, the important role of the museum in this city is to help multicultural people understand each other - the similarities and differences of cultures.