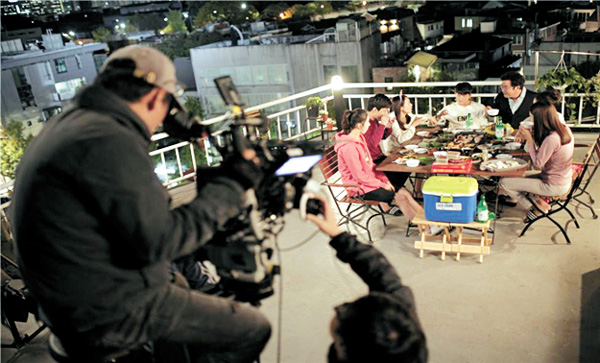 Seoul aims to be an international film hub by establishing a large cinema center in Chungmuro and revamping its support programs for making movies. The city government has provided aid sporadically in the past, such as by organizing locations for foreign filmmakers. Provided by the government

Seoul is aiming to be an international movie hub by establishing a large film center in the heart of the city. It is also going to introduce a string of support programs for filmmakers from inside and outside of Korea.

The Seoul Metropolitan Government announced on March 25 that it will build the tentatively titled “Seoul Cinematheque” in Chungmuro, a neighborhood that symbolizes the history of the nation’s modern films.

It said it will follow in the footsteps of exemplary cases overseas such as New York’s Film Forum and Paris’s Cinematheque Francais.

“By using Seoul’s human and material resources, we are going to make Seoul an Asian film hub and establish a balanced ecosystem of movie industry,” said the city’s Mayor Park Won-soon during a press conference.

The venue, which will be about 5,000 square meters in size, will accommodate a film museum, an archive and exhibition halls.

It will also have two to three screens that are solely dedicated to art-house and classic movies.

“In Seoul, there aren’t that many theaters that play classic or independent films,” explained the government official.

Additionally, the venue will act as an educational center where budding filmmakers can enroll in classes.

The comprehensive service provided at the venue is expected to help develop a more robust infrastructure for the industry. The estimated funding for the center is about 20 billion won ($18 million).

Seoul also pledged to encourage more diversity in the sector by providing a “one-stop” support system.

Korea’s film industry has been heavily dominated by big-budget films until now. 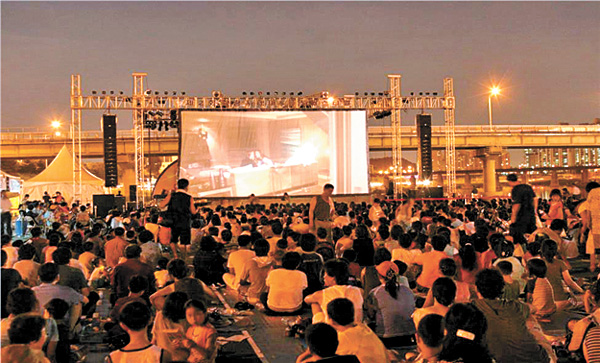 Holding a screening event near the Han River. Provided by the government

A conglomerate-controlled film industry is an issue that has been raised several times, but the situation for small filmmakers has not improved as they are still struggling to be allotted an adequate number of screens for their films in large cinema chains.

In order to fix this, the government is going to revamp the current system by integrating multiple steps - producing, marketing and distributing - into a single program so that filmmakers can receive more thorough and practical help.

“When we had separate support programs, the director who received help producing was still struggling afterwards,” the official explained. “The ‘one-step’ system will not only make things more effective, it will give more practical help to people in need.”

Seoul is expected to become a more attractive city for foreign filmmakers as well. The capital city has built on its reputation as a good place to shop, eat and experience traditional culture, but its stature in the film business has been relatively insignificant.

By acting as a go-between for public institutions such as the Cultural Heritage Administration, the government aims to draw in more international moviemakers to Seoul by providing systematic support to foreign production companies.

The plan is also expected to boost tourism in Seoul. New Zealand saw a 5.6 percent increase of foreign tourists after the “Lord of the Rings” series was filmed there.

“The economic effect of allowing the ‘Avengers’ to be filmed in Seoul at Mapo Bridge and Sangam DMC is said to be about $20.5 billion,” said Mayor Park. “Opening our doors wide open to those who want to film here will connect with our tourism policy as well.”

The producers of Hollywood blockbuster “Avengers: Age of Ultron,” which was partly shot in diverse locations in Seoul last year over 10 days, still have not revealed how long Seoul will appear in the movie for.

Amid high expectations about the film, the “Avengers” crew will visit Korea on April 16 . The movie is slated to open on April 23, eight days earlier than its U.S. release. 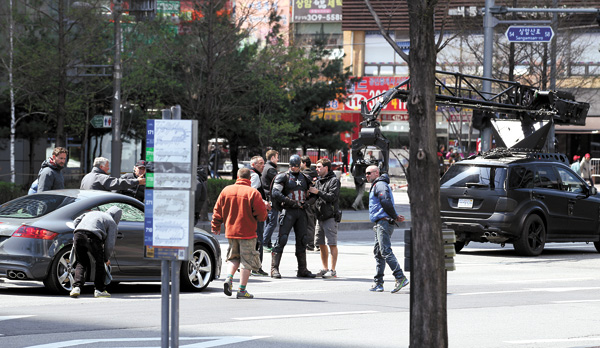 Hollywood blockbuster “Avengers: Age of Ultron” being filmed in part in Seoul has had an estimated economic effect of 20 billion dollars. [JoongAng Ilbo]