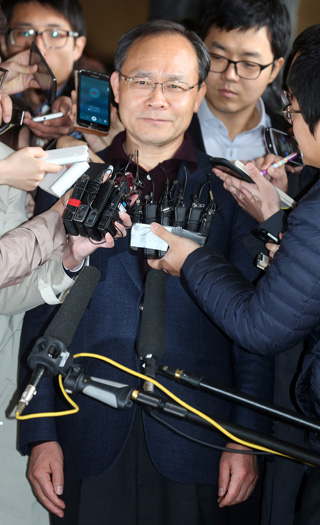 ­Keangnam Enterprises Chairman Sung Wan-jong, 63, is questioned by reporters on Friday as he enters the Seoul Central District Prosecutors’ Office. The former lawmaker, a close aide to former President Lee Myung-bak, stands at the center of allegations concerning the company’s embezzlement of some of 33 billion won ($30 million) from the government during the Lee administration’s resources diplomacy initiative, which aimed to secure natural resources for Korea via investments overseas. [NEWSIS]