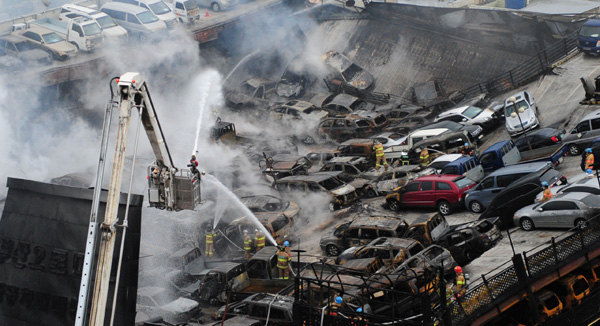 Firefighters put out a fire at a used car lot in Geoje-dong, Yeonje District, in Busan on Friday. The massive fire destroyed the entire inventory of 570 cars, causing about 3.5 billion won ($3.21 million) in losses. More than 150 residents evacuated the area due to toxic fumes. [NEWSIS]