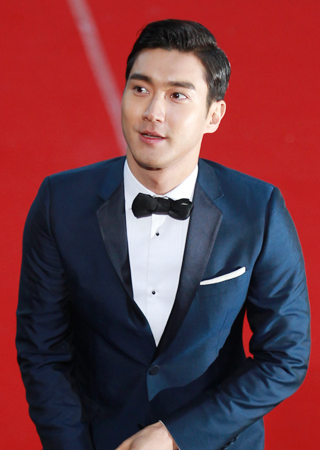 Choi Si-won, a member of boy group Super Junior, will appear on the Chinese version of popular reality TV show “We Got Married,” which pairs up celebrities and asks them to experience marital bliss for entertainment purposes.

Liu debuted as a model for Victoria’s Secret, the largest U.S. retailer of women’s lingerie, in 2009.

Choi and Liu already finished shooting the first episode which will be aired sometime this month.

For the first date, the two reportedly enjoyed the cherry blossoms at a park in China.

Not only Choi but other Korean celebrities such as Lee Hong-ki of boy group F.T. Island also starred in the show last season. Lee teamed up with Japanese actress Fujii Mina.

Choi debuted in the entertainment industry in 2005 as a member of Super Junior, but he’s been focusing more on acting in recent years.

The show is one of the longest-running shows and it has been voted the favorite entertainment show of Koreans every year since its first airing in 2006.