Ousters made for the sake of the revolution

Ousters made for the sake of the revolution 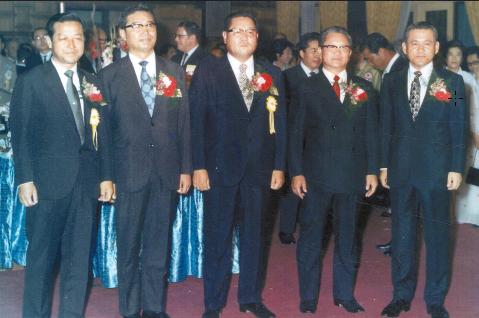 On May 24, 1961, Chang Do-young, the former army chief of staff before the May 16 revolution, abruptly held a press conference to say he would be visiting the United States to meet with President John F. Kennedy.

His surprise announcement came as Park Chung Hee and I were scrambling for a way to earn approval from U.S. forces in Korea Commander Carter Magruder for our revolution, and without any prior consultation with us.

Chang’s decision to go to the United States raised suspicions about his motives. Four days later, he downgraded the severity of the country’s martial law from emergency to security status. This decision was also made without talking to us first.

My suspicions against Chang were growing day by day. After all, he had proven to be very opportunistic when it came to our revolution. On April 10, he received a blueprint for the revolution from Park, but kept mum on whether he would join in our cause.

The day of the revolution, he had the military police fire at revolutionary forces on a Han River bridge, and only hours later did he turn in favor of our feat.

On May 31, Chang said in an interview with The Associated Press that the revolutionary government could hand over all of its authority to a civilian government by Aug. 15 ? a move that was also made without consulting us.

People close to Chang, who by then had become the chairman of the Supreme Council for National Reconstruction, were on a fast track to take powerful positions on the council, in the Cabinet and at state-run institutions, using their connections to the four-star general.

As the head of the Korean Central Intelligence Agency, I needed to mobilize all of my power to clamp down on the anti-revolutionary forces. It was a revolution for which so many young men risked their lives to make possible for the sole purpose of transforming the country to a modern state. I thought it all came down to me to take action to weed out disloyal forces.

Chang’s efforts to alienate Park from the members of the supreme council were gradually increasing. Out of the 32 members, 21 were from North Korea, including Chang.

Making use of his origins, he tried to distance those council members from Park. So we arrived at this moment of truth where we could see that all of our efforts toward revolution could quickly go down the drain.

We moved to contain Chang’s authority by passing a resolution that banned the supreme council chairman from holding more than one office, while empowering Park Chung Hee to manage national affairs. The passage immediately raised Chang’s ire, and he was upset by what he thought were attempts to undermine his authority.

Chang was particularly upset over the loss of his commanding authority over the military. I was constantly getting tipped off that he was plotting a rebellion against Park with newly appointed Cabinet members close to him.

Moon Jae-jun, a close aide to Chang who participated in the revolution as the commander of the 6th corps artillery unit, challenged Park’s authority.

On June 27, Moon requested Park dismiss General Kim Jong-oh, who was appointed as the new army chief of staff by the revolutionary government, citing his alleged misbehavior. Park turned down his request, saying the military needed stability. But Moon was so adamant about firing Kim that Park scolded him.

Not long after Park and Moon had their disagreement, I was briefed on Moon’s plan to mobilize forces to oust Park on June 3.

I made up my mind to arrest Chang Do-young on my own without notifying Park. I spent many hours contemplating whether it was the right thing to do and whether I should tell Park beforehand. But I came to the conclusion that I must do it by myself.

I sent 20 of my KCIA officials and some military policemen to the revolutionary government office where Chang was staying to put him under house arrest. After Chang was taken to his home, I went to see him. When he saw me, he said, with a sense of resignation in his voice, “Ah, you came now,” as though he had expected me to come.

He said he just wanted me to allow him to go to the United States.

I said, “I will do as you wish. But you have to have an informal military trial before your departure.”

After my meting with Chang, I went to see Park Chung Hee to brief him on Chang’s arrest and his pending military trial on charges of being counterrevolutionary.

Facing him, I said, “I just escorted Chang to his house after arresting him. Now we have to give him a military trial. He asked me to let him immigrate to the United States and I said yes. I hope you agree with this.”

Park was apparently taken aback by what I just said. I continued, “I did what I had to do for the revolution. It was an inevitable thing. If things go awry, please hold me accountable. I will take full responsibility.”

For Park, ousting Chang and putting him in a trial was a difficult thing to do as one of his old friends. Though Chang had displayed an ambivalent attitude toward the revolution, it was he who reinstated Park to the military in 1950 as a major. Chang looked after Park in times of difficulty in Park’s military career.

Despite all his fond memories with Chang, Park said, “Go ahead.”

Along with Chang’s house arrest, those close to him, many of whom were his fellow military academy graduates, were arrested on charges of seeking to overthrow the revolutionary government.

After the military trial, Chang emigrated to the U.S. and earned his doctoral degree in political science at the University of Michigan. He taught political and social science at Western Michigan University until 1993. He passed away in 2012 at 89.

Before he died, Chang sent his close aide to me to convey the message that he had no hard feelings toward me or Park Chung Hee.

Arresting Chang and his fellow officials was our first response to forces hostile to the revolution. But it was something I wished I had not been forced to do. Arresting fellow military officials who also put their lives on the line for the revolution carried a sense of emotional anguish.

But I had no choice but to move quickly to silence our opponents for the sake of the revolution. A little crack amongst us could overthrow all we had worked so hard to build so far.