CNBlue brings out ‘White’ in Japan

CNBlue brings out ‘White’ in Japan 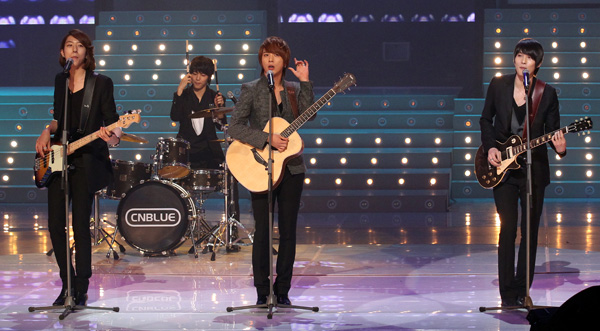 “White,” which is both the title of the album and its main track, conveys a message of hope.

The album also consists of two other songs: “Stay Sober” and “Irony.” The group’s members Jung Yong-hwa and Lee Jong-hyun took part in coming up with the words and music for the new songs.

Pre-sales of the album opened on April 1 in Japan. Since then, the song has hit first place on Recochoku, the biggest music site in Japan.

CNBlue will participate in promoting the album in Japan, for example by appearing on the Japanese TV program “King’s Brunch,” which airs on TBS, a broadcaster in Japan.

Along with activities in the band, each member has been working on their solo careers.

Jung, the lead singer of the band, is proceeding with “One Fine Day,” his first solo concert tour around Asia. Lee, on the other hand, is currently appearing on season 4 of “We Got Married,” an MBC entertainment program that pairs celebrities up to show what their fictional marital life would be like.

Lee will also be filming for the new drama “Orange Marmalade,” which is planned to air in May through TV channel KBS2.