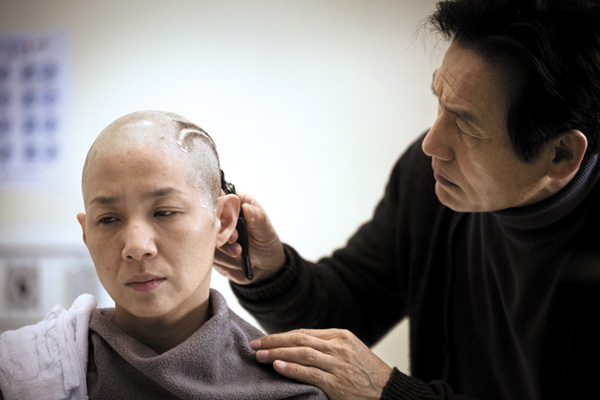 Im Kwon-taek, arguably one of the most illustrious film directors in Korea, has released his 102nd feature, “Revivre,” which has already won acclaim at prestigious film festivals in Venice, Toronto, Berlin and more.

The Korean title of his latest work is “Hwajang,” which both means “cremation” and “makeup.” It is based on award-winning novelist Kim Hoon’s eponymous book.

The film portrays the sorrow and agony of a middle-aged man seduced by an alluring young woman at work while his wife is dying at home.

Actor Ahn Sung-ki plays Sang-moo, an executive at a cosmetics company who is a faithful husband (Kim Ho-jung) and a hard-working man, shuttling between the hospital and his job.

However, when the young and beautiful Eun-joo (Kim Gyu-ri) joins his team as a new PR employee, Sang-moo’s heart begins to wither with longing.

Director Im, who is known for depicting Korea’s traditional beauty in a very aesthetic and stylish way, veered away from his usual style and focused on realism to depict the torment of terminal illness and the inevitable temptation of youth.

This is the eight time for Im and Ahn to work together.

Interest in stories about the older generations has increased lately, as shown in the recent nostalgia boom that swept the nation over the past few months.

The upcoming film “Salute D’Amour,” directed by the illustrious Kang Je-kyu of “Swiri” (1999) and “TaeGukGi: Brotherhood Of War” (2004) seems to be continuing the trend by depicting the love story of an elderly couple.

The film introduces the viewers to Seong-chil (Park Geun-hyeong), a bullheaded man in his 70s who lives alone. He never acts kindly to customers nor to the younger employees, but he has his own charms that draw people in.

One day, Geum-nim (Yoon Yeo-jeong), a flower shop owner, moves into the neighborhood and tries to befriend Seong-chil. Her sometimes straightforward and sometimes shy attitude confuses Seong-chil, but after overcoming several funny obstacles, they become each other’s sweethearts.

The film zones in on the two spending time together on ordinary dates that younger people go on such as at an amusement park and a Western-style restaurant.

Seong-chil’s clumsy yet genuine expression of love will arouse both laughs and empathy from young and old viewers because when it comes to love, we are all the same.

The Disappearance of Eleanor Rigby: Them (15) 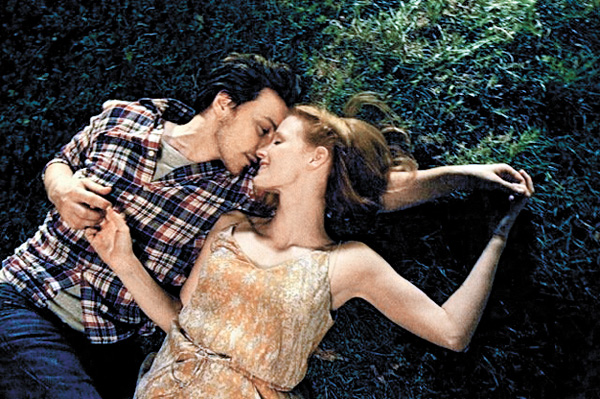 There are two sides to every love story.

And in this debut feature by New York-based director-scriptwriter Ned Benson, both are meticulously depicted.

Originally written and made into two separate 90-minute versions with subtitles, “Him” and “Her,” the “Them” version incorporates the two different perspectives into one, flitting back and forth between different scenes from the two original movies.

The movie starts out at a time when two lovers - Eleanor (Jessica Chastain) and Conor (James McAvoy) - start to feel estranged from one another.

A minor misunderstanding leads to bigger problems, ending up in a catastrophic situation that seems impossible to fix, no matter how much they try to retrieve their past happiness.

And as the title suggests, Eleanor disappears and goes back home.

Flashbacks of when they first met and fell in love with each other makes the story ever more heart-rending. 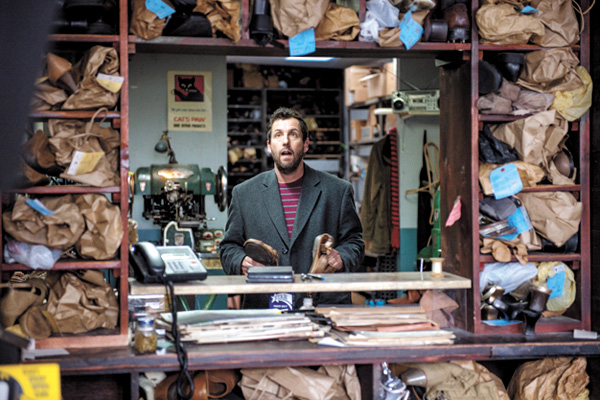 Have you ever wanted to be in somebody else’s shoes? In upcoming movie “The Cobbler” by actor-director Tomas McCarthy, this becomes reality.

The film starts with Max, played by Adam Sandler, the most unenthusiastic person in town, taking over his father’s shoe repair shop when he passes away.

But one day, when his main machine breaks, he goes down to the basement to use a manual operating tool he inherited from his father.

It was around this time he realized that putting on shoes that have been fixed with the old-fashioned machine transforms the wearer into the original owner of the footwear. As long as the size fits, he can be anybody who leaves their shoes behind.

However, as time passes, he gets used to the magical phenomenon and tries to take advantage of the machine’s abilities.

“Furious 7,” the much-anticipated latest installment of the action franchise, takes the viewers to through the usual speedy and dynamic car racing and crashing. Although the series is already in its seventh round, it topped the local box office in its opening weekend last week. 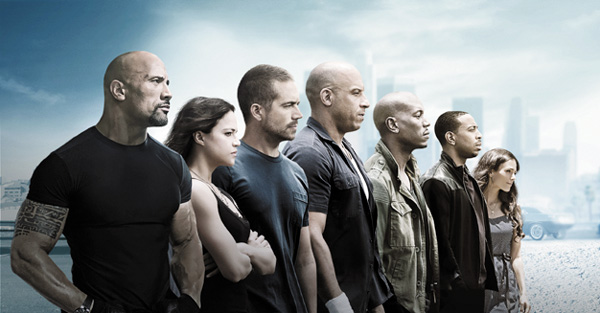 Taking place in Abu Dhabi and Los Angeles, the film is full of supercars flying in and out of skyscrapers and in deserts.

It includes pretty much everything that won the franchise immense popularity in the first place.

While not much has changed, action star Jason Statham is the wild card in the seventh installment, playing the powerful villain Deckard Shaw, who fights alone against the familiar gangsters led by Dominic (Vin Diesel).

Although Paul Walker, the star of previous installments, died halfway through filming in a car crash off set in 2013, the blockbuster was completed successfully with his brother Cody Walker replacing the vacancy.

Local comedy flick “Twenty” was the only Korean film to have passed 1 million admissions during the last month amid the unexpected success of foreign films such as “Kingsman: The Secret Service” and “Whiplash.”

Now it remains to be seen whether this lighthearted comedy can continue with its successful track.

The film humorously depicts various issues that 20-something-year-old boys go through in Korean society such as getting into a good college, getting a high GPA and obtaining a decent job while managing to sustain a romantic relationship at the same time.

These are the necessary steps to be an adult, but what would a just-turned-20-year-old male know about life or love when his binge-drinking habits make him forget what happened yesterday?

Lee Jun-ho from K-pop group 2PM attempts his first big-screen leading role as Dong-woo, who has to let go of his dreams due to financial issues.

Up-and-coming actor Kang Ha-neul plays Kyung-jae, an ideal representation of a Korean college boy, who immediately begins preparing to get a job at a big company, but does not have much luck in the relationship department.

The hilarious trio is expected to deliver a dose of laughter to audiences everywhere.