S.E.S’ Eugene has a baby girl

S.E.S’ Eugene has a baby girl 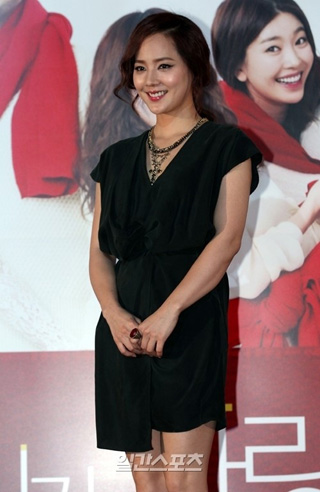 Eugene, a former member of now-defunct girl group S.E.S, gave birth to a baby girl on Sunday after four years of marriage.

According to her agency, GG Entertainment, the mother and the child are both healthy, and Eugene and her actor husband, Ki Tae-young, are very happy about becoming parents.

The 34-year-old who is currently working as an actress and a TV show host announced that she was pregnant last October.

The singer then went to her parents’ place in Guam to prepare to give birth. She plans to stay in Guam for one more month to recuperate from delivering the child.

Eugene and her husband filmed the MBC drama, “Creating Destiny” together from 2009 to 2010.

After being in a relationship for a year and a half, they got married in July 2011.

She gained huge popularity in Korea, earning the nickname “fairy.”

But the band broke up in 2002 after releasing their fifth album, “Choose My Life-U.”

Eugene has been building up her career as an actress and as a TV show host in various programs such as the cosmetics review program “Get It Beauty.”