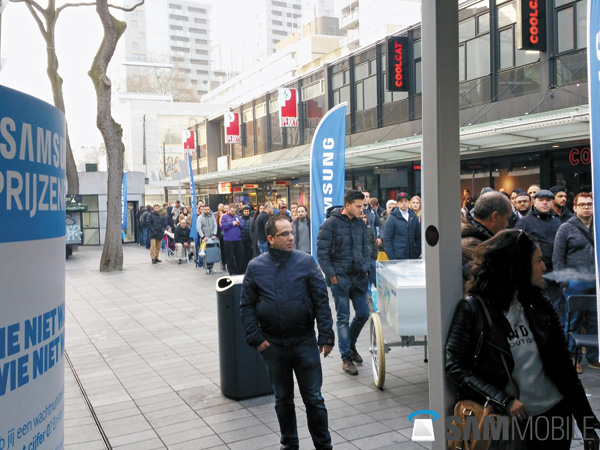 Korean mobile products thrilled consumers worldwide over the weekend, as Samsung Electronics started selling the Galaxy S6 in 20 countries on Friday. People in the Netherlands line up to buy the tech giant’s latest smartphone at a T-Mobile store in Rotterdam. According to industry analysts, more than 20 million devices are expected to be sold in the second quarter. 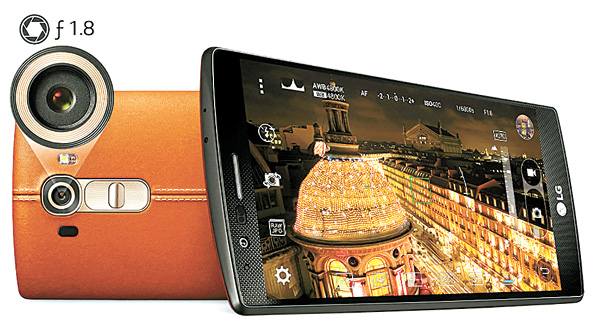 Images assumed to be LG Electronics’ G4, below right, are revealed by Microsite, which said the G4 that will be introduced April 29 is designed with a curved display and the back is covered with leather. It is also expected to have removable batteries, unlike the Galaxy S6.
Photos captured from SamMobile and Microsite