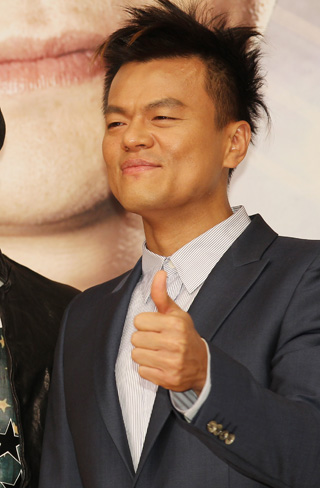 Park also sits on the judges panel of the show.

The song instantly topped nine real-time music charts such as Melon, Bugs and Naver Music, pushing aside “Only You” by Miss A, a girl group Park himself has produced music for.

The song comes seven months after his last six-track album, “Half Time,” came out.

The lyrics of the song praise a woman who has what the protagonist deems as the perfect figure with a 24-inch waist and 34-inch hips. Female rapper Jessi, who gained popularity by appearing on the survival show for female rappers “Unpretty Rapstar,” features on the song, which was written by Park.

In the music video, Park dances with female dancers wearing tight clothes in a gym.

The 43-year-old singer made his solo debut in 1994 with the album “Blue City.” Since then he has written and sung many hit songs such as “Honey,” and “You’re the One.”