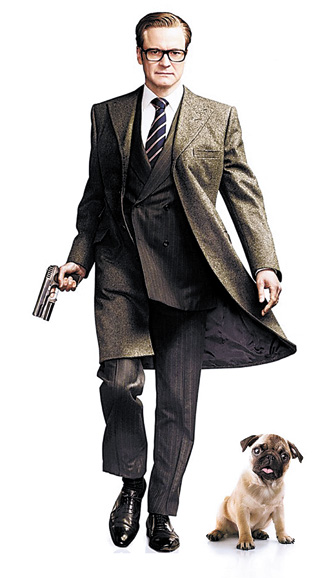 “The suit is the modern gentleman’s amour.”

After watching Harry Hart (as played by Colin Firth) gracefully thrash villains while outfitted in flawlessly tailored double-breasted suits - and without a hair ever springing out of place - moviegoers came out inspired.

And many of them decided that if they cannot be Harry Hart, they will at least dress like him. Fashion items styled after the “Kingsman” character are hot - and not just suits and shoes but accessories like umbrellas, pens and glasses frames.

There is even a newly coined term for the trend: “Kingsman fashion.”

“Oxfords, not brogues,” observes Harry Hart at one point in the movie. And men’s oxford shoes without broguing (decorative perforations in the leather of the shoes) are the new bestselling item at major shoe stores in Korea

According to Kumkang Shoes, one of the county’s largest shoe designers, its oxfords without broguing - the Regal MMT0029 selling for 238,000 won ($217) - was the No.1 seller in March, a month after the movie’s debut. The same model ranked 10th in sales in January, the month before its release.

“We are seeing more and more customers coming to our stores and asking for ‘Oxfords, not brogues,’” said Kumkang Shoes spokesman Lim Kyung-rok.

“Our Regal MMT0029 model, styled like the ones seen in Kingsman movie, has been wiped out of our inventory. We are currently accepting preorders for this,” Lim said. 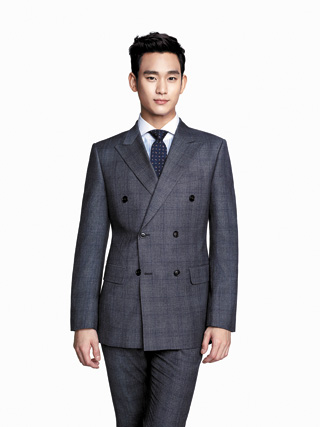 The Secret Service.” Double-breated suit by Ziozia.Provided by the company

Double-breasted suits, which felt kind of 1980s just a few weeks ago, have new-found cachet. After all, the Harry Hart character not only kicks ass in various expensive-looking double-breasted suits, but a tailor’s shop on Savile Row in London is a front for the group of elite spies in the movie.

According to AK Mall, a major online shopping portal, sales of double-breasted suits jumped 37 percent in March from a year earlier. This compares with a 15 percent year-on-year rise for casual business suits.

“We are currently planning an event on a Kingsman theme. The name of the event will be ‘Manners Maketh Man,’ he added. (That’s a quote from Harry Hart.) “We will offer fashion items and accessories in styles featured in the movie.”

Another accessory suavely featured in the movie is the quintessentially British long umbrella, albeit one that fires bullets.

Long umbrellas were out of fashion in Korea after people switched to modern, foldable umbrellas that are easier to carry in bags. But long umbrellas are making a comeback, although no lethal varieties have hit the market.

At Lotte Mart, a major discount retailer, sales of long umbrellas in first three months of this year jumped 18 percent. This compares with a 29.9 percent decline in foldable umbrellas.

“It’s not just the suits and shoes,” a fashion industry insider said. “But accessories like long umbrellas, pens and tortoise shell eyeglass frames are benefiting from the Kingsman effect.”

“I liked the styles in the movie, double-breasted suits in particular, because they seemed very classy and fancy” said Park Jae-hong, a 34-year old financial professional. 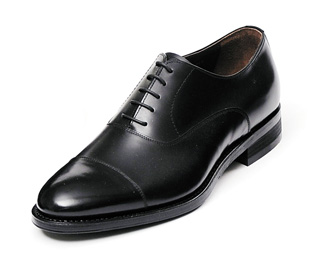 Oxford shoes by Kumkang. Provided by the company

“Some of my friends are into those oxford shoes now,” Park added.

If your Kingsman cravings can’t be satisfied with look-alike items sold by local brands, you can find the real deals at Mr Porter, the menswear arm of upscale U.K.-based online retailer Net-a-Porter.

The director of the movie, Matthew Vaughn, costume designer Arianne Phillips and Mr Porter have launched Kingsman, a new menswear label with a collection of clothing and accessories taken directly from the film.

A charcoal, double-breasted, chalk-striped suit sells for $2,495 (some sizes are already short in inventory) and a Swaine Adeney Brigg chestnut wood-handled umbrella sells for $450.

And if you were looking to buy Cutler and Gross tortoiseshell acetate square-frame optical glasses priced at $450, they are already sold out.