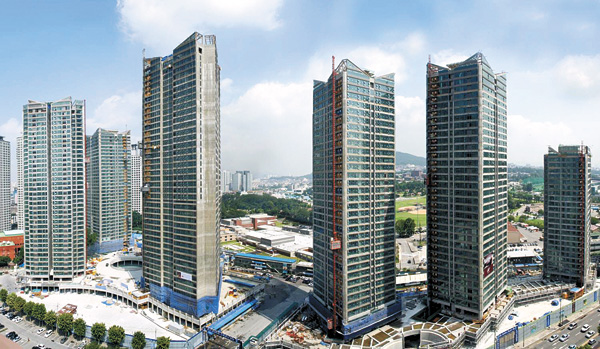 A human resources manager working for a foreign company’s office in Seoul was looking for an apartment for a German executive soon to be dispatched to the capital.

The manager, surnamed Kim, chose one in Yongsan District.

“I chose Yongsan because it’s close to both the office and Itaewon, where many foreigners are living,” Kim said. “There are also a lot of apartments for foreign employees here.”

Yongsan is emerging as a popular district for the offices of foreign companies and the residences of their employees, who are attracted to the luxurious high-rise residences located in the area.

Companies like Microsoft and Chrysler Korea placed their Seoul offices here or rented apartments nearby. Many Korean companies, such as Hyundai Capital, also opened offices in the area.

Some landmark apartments in the region include Park Tower, a luxury complex near Ichon Station. According to the state-run Korea Appraisal Board, an 118-square-meter (1,270-square-foot) apartment at Park Tower rents for about 3.7 million won ($3,400) per month, with a deposit of 50 million won. 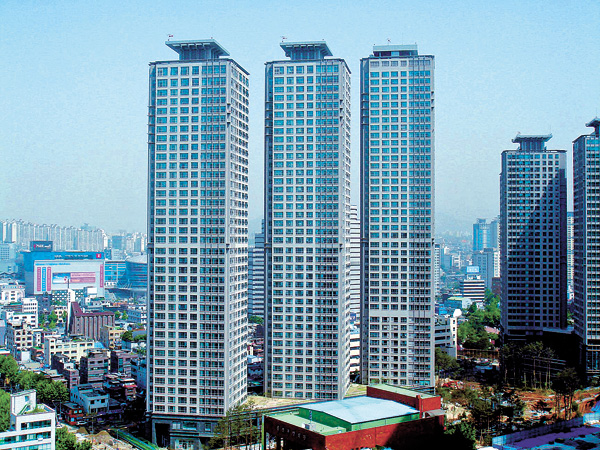 Other two large residences are City Park, located next to the Park Tower, and Centreville Asterium Yongsan, near Seoul Station.

The average monthly rent for a 130-square-meter unit at the luxury complexes ranges from 3.5 million won to 4 million won.

According to an investigation by the JoongAng Ilbo, a total of 74 Korean and foreign companies rented units in the three landmark complexes.

At the Centreville Asterium Yongsan, the newest building among the three, about 10 percent of its units were rented by companies.

But local real estate brokers say they assume the actual number of companies renting apartments in the region is higher, given that some companies might not have reported their jeonse, or long-term deposits, to the local government.

In Korea, the local government will guarantee reimbursement of a jeonse if the deposit is reported, protecting the renter from the possibility that the landlord might lose the money. 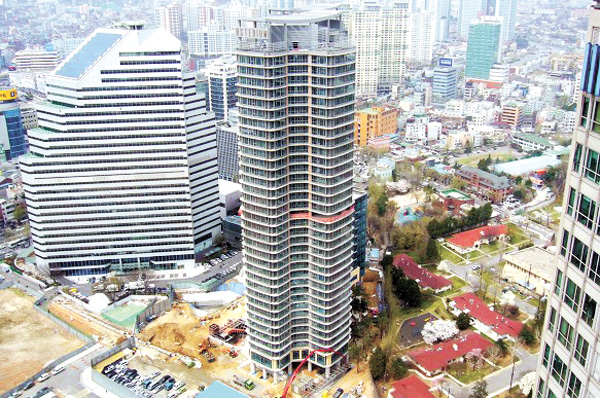 But reporting requires fees and complicated procedures, and many companies opt to either forego deposits or simply rent month to month.

“Some companies just pay all their monthly rental fees for the year at once to avoid having to report anything,” said a real estate broker in Yongsan.

Employees at the companies based in Yongsan said the region was geographically convenient to commute to Gwanghwamun in central Seoul or the business district in Yeouido, western Seoul. It is also close to Yongsan Station, and near the 88 Olympic and Gangbyeon Expressways.

“Many foreign employees prefer living here in Yongsan, as there are lots of foreigners living nearby,” said Jang Jeong-hyeon, a manager at Michelin Korea, which owns a unit at Park Tower.

Industry observers also cite Yongsan’s large apartments - more than 85 square meters on average - and the privacy offered by a unit in a high-rise building as other aspects that appeal to foreign workers.

Owners also prefer companies as tenants, as they are more likely to pay their rent on time.

Despite increasing popularity, apartment owners have yet to increase their prices.

“The rent fees for residential apartments paid by companies haven’t really changed from a year ago,” Kim Su-yeon, a real estate broker, said.

But demand is expected to rise further, real estate analysts say, with several high-rise buildings in the district to be built soon.

“If parts of Yongsan District are redeveloped and nearby facilities increased, the area would be even more convenient for residents,” said Lee Nam-su, a real estate specialist at Shinan Investment Corporation.