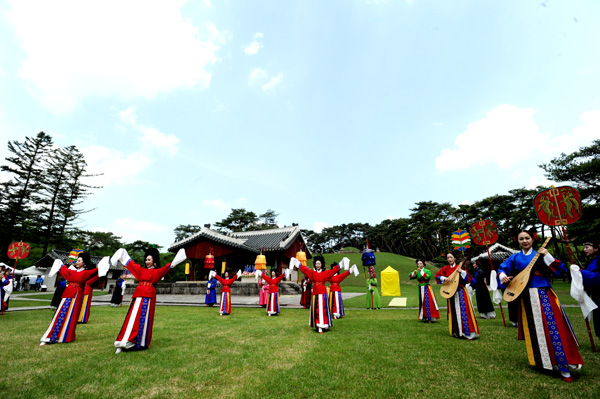 Every Saturday, between April 18 and May 30, a performance will be held at the tomb of King Sejong (1397-1450) in Yeoju, Gyeonggi. Although Sejong is most well known for creating the Korean alphabet, Hangul, the king was also highly interested in developing Korean music. He founded a separate department for court music, ordered the publication of the music book “Jeongganbo” and also created “Jongmyo Jeryeak,” or royal ancestral ritual music. On May 30, the performance will take place at night.
Provided by the Cultural Heritage Administration