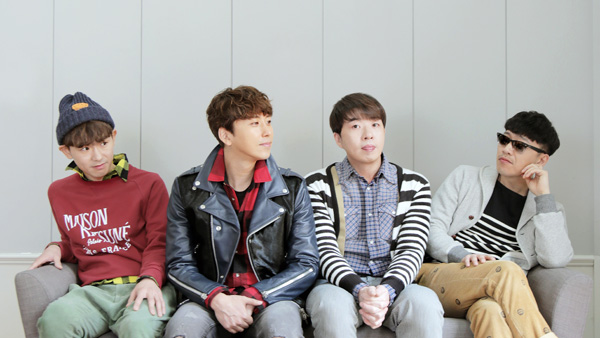 
Positive energy has defined the music of local indie band Daybreak since their debut in 2007 with “Urban Life Style.”

Throughout their almost 10-year career, the four-member band has generated a number of hit songs like “Up & Down” and “Good,” all of which contain merry melodies and carefree lyrics.

These characteristics have formed the basis for their signature style, leading them to be a frequent staple on a number of variety shows - tvN’s travel reality show “Grandpas Over Flowers” being the most representative.

But Daybreak has taken a different path more recently, and attempted for the first time a ballad on their latest mini album, “Beautiful People,” which dropped April 10. 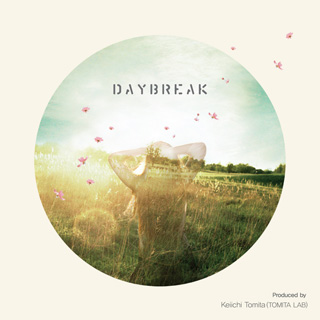 The sentimental record is meant to console the fatigue of everyday life and acknowledges the value of the individual in society.

“Like a Magic” reminisces about first love in a markedly different approach compared with the band’s previously high-spirited tone.

The journey has been a sort of turning point for Daybreak in the opening of Act II, allowing them a respite from their usual style that helped originally catapult them to fame.

In a recent interview with Ilgan Sports, an affiliate of the Korea JoongAng Daily, the band’s members - Lee Won-seok, Jung Yoo-jong, Kim Sun-il and Kim Jang-won - elaborated on their change of course in their latest album.

Q. What is the difference between your previous albums and “Beautiful People”?

A. The biggest change would be that we didn’t arrange the songs by ourselves, but delegated that job to Keiichi Tomita, a renowned Japanese artist whom we respect a lot. It’s also our first time performing ballads.

First we requested [to work with him] via email, and Keiichi - after listening to our music - replied with tentatively arranged versions of our songs. We were already well-aware of his style, so the process afterward went smoothly. Of course, when we were recording, we were very nervous because we were singing in front of a person we have admired for so long.

What is the significance of including a third party on your latest album?

It has been 10 years since our group was organized. We released three full-length albums, two mini albums and singles, too. We think that music should constantly change and evolve in accordance with the trends and demand. And if there is another person who can bring diversity when it comes to that change and evolution, we thought it would be better to include that person.

What is the message in the lead track, “Beautiful People”?

We wanted this song to be a song for and about everyone. So when we wrote the lyrics, all the members got together and wrote them down. We jotted down things related to our daily lives. When we get along in our lives, there are times when the existence of ourselves feels too small and valueless. We wanted to say that even in those situations, you are beautiful enough, so let’s not get weak but carry on. It’s not about, “You can do better,” but about, “It’s OK as it is.”

How is Daybreak getting along?

It’s been four years since we started appearing on TV and holding concerts. We appreciate the fact that we can draw in more people through our music.

Are you aware that your music is frequently used in TV commercials and variety shows?

We think screenwriters are fond of our music. On that note, we want to show our appreciation to producer Na Young-seok [of “Grandpas Over Flowers”] (laugh).