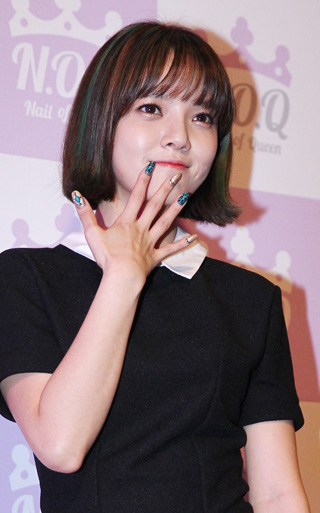 Girl group AOA’s Ji-min will release a new hip-hop song with Rhymer, a rapper who heads the hip-hop label Brand New Music, at the end of April.

FNC Entertainment, AOA’s agency, said it wants its artists to branch out into various genres of music.

As a result, the agency will be organizing its “N Project,” which is aimed at providing its acts with opportunities to collaborate with other musicians.

Ji-min’s project with Rhymer will be the first under the new initiative.

Ji-min received much attention from participating in the survival rap audition program “Unpretty Rapstar,” which Rhymer worked as a producer on.

Rhymer also recently received attention with his hit song “Puss,” which was performed by Ji-min and Iron in “Unpretty Rapstar.”

The song, which was performed in March, has been in the top 5 on various music charts such as Melon for longer than a month.