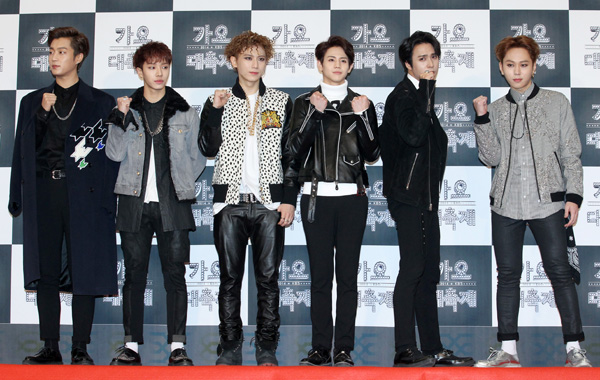 The boy group Beast will hold a fan meet event in China for the first time since their debut in 2009.

The group will open the inaugural edition of the “2015 Beast Fan Meets” series in Shanghai on April 25.

Although Beast visited China in the past for a few performances and to attend international festivals, it is the first time for them to officially visit the country to hold a fan meet under their name.

Beast is expected to welcome around 4,000 Chinese fans at a 90-minute meet. The boy group will perform hit songs and is also planning to hold special activities for fans.

The group has held several fan meets this year, starting in Korea in January and moving on to Thailand’s capital, Bangkok, in March, where they met up to 4,000 people.

The boy group is planning to hold more fan meets in China in future.

Beast recently established an independent music label, Beast Music, in Japan. The group’s songs have frequently topped the Japanese iTunes chart and, in response to their popularity, they are planning to hold fan meet events in various parts of Japan such as Osaka, Nagoya and Fukuoka.