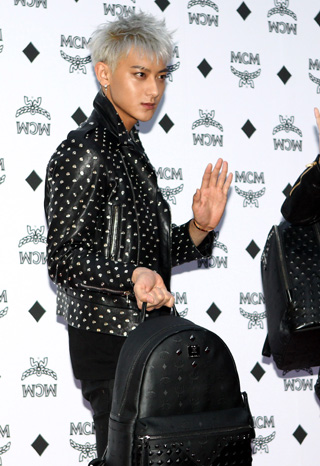 Tao, a Chinese member of the boy group Exo, will leave from the group, according to the singer’s father.

“Tao agreed to withdraw from Exo,” the 21-year-old singer’s dad was cited as saying in Chinese media outlet Sine News on Thursday.

The father said that an injury Tao received while taking part in the reality sports show “Idol Star Athletics Championship,” which aired on MBC in February, was one of the reasons for his son’s departure from the group.

He also mentioned that they were unhappy with SM Entertainment, the boy group’s agency, breaking a promise to organize a special team to help Tao with his performances.

Tao has appeared in various programs, which his father views as key factors that have contributed to the singer risking his health and safety.

The singer’s father also requested that he should leave Exo through Weibo, the Chinese version of Twitter, on Wednesday.

If Tao officially leaves the group, he will be the third Chinese member out of the four in the boy band to leave the group after Chris and Luhan.